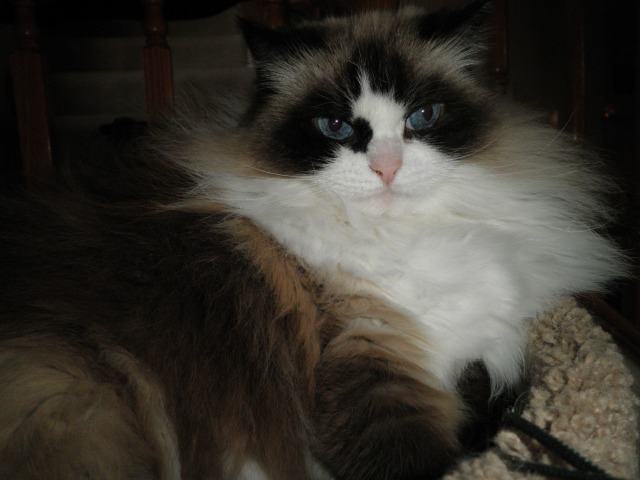 It’s been a while since a Calpurnia picture.  There’s nothing wrong, just luck of the draw.  I was home today so I made a point of watching how she spent the day.  Since I was downstairs she did modify her ‘camp out under the bed for most of the day’ and instead camped out most of the day in the lowest basket in the large cat tree.

Later on she switched out to the normal evening spot on the top basket. 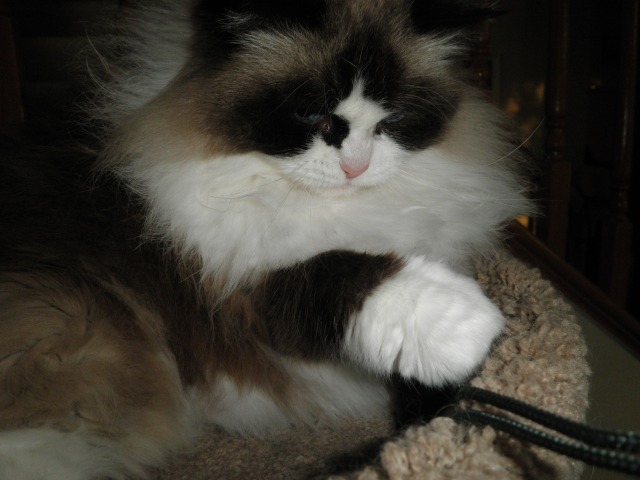 She was ready then for a session with the best toy ever – the camera strap! 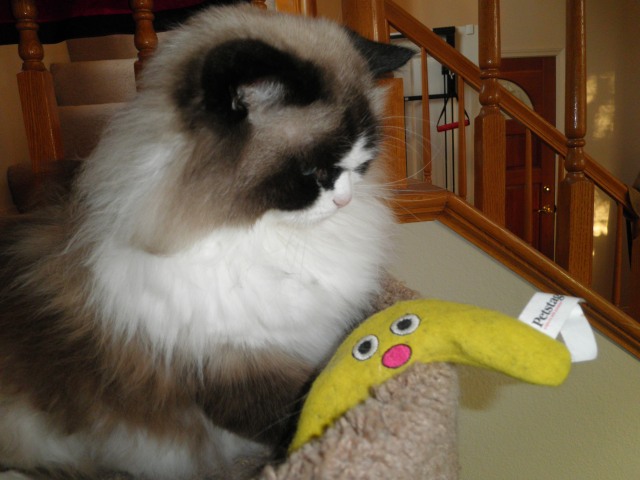 It’s gotten so bad that if I try some other toy to amuse her, it confuses her more than anything else.  She seems to be thinking —  Why are you using this non-toy in a toy=like manner?