Learning is an Exciting Adventure…

I had a great, if unoriginal idea to take some favorite pictures from the early days of the blog and repost them in a gallery or slideshow. Several hours later, I now know the exact reason why those pictures cannot be placed in either a gallery or a slideshow.

I did crib some pictures from the first month of the blog in April/May 2011 for this post.

Even in this, WordPress is fighting me.   There weren’t a lot of Gus pictures that were published that month probably because he would soon go in for dental surgery and have some teeth removed.  Even so he liked to take a turn around the yard. 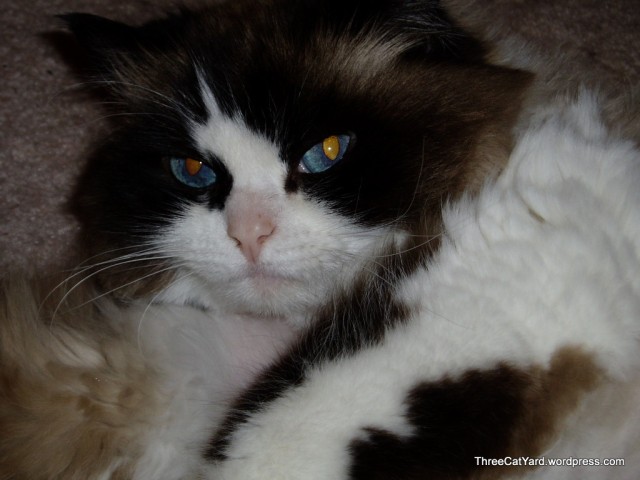 This is a very old picture of Calpurnia, taken just after her major grooming in 2010 to remove the mats she had when I adopted her.  You can see the pink where her underside is shaved.  She really appreciated being able to move her feet and roll onto her back freely without the hair tugging her.

She is a little more unsure about the flashing camera.  I think this was just the third or fourth day since she was brought home.

Julius in his element – on the back wall keeping an eye out for what is happening in the neighborhood. Most of the trees behind him have been cleared in the interim. 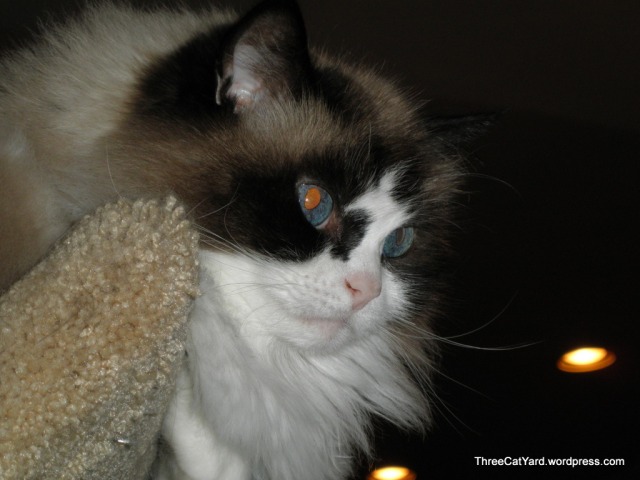 This one I think was taken specifically for the blog instead of being in the archives already.  It is one of the first where I saw the flash darken up the background.  Those ‘saucers’ behind her are the kitchen overhead lights.

I guess I am a lot like my cats in that I don’t think much about the passing of years as they go by.  I’ve never been a big celebrator of New Year’s Eve or New Year’s Day. But if you are, then accept my wishes for a Happy New Year.

Engineer with Cats
View all posts by Oldcat →
This entry was posted in Calpurnia, Cats, Gustavus Adolphus, Julius Caesar and tagged Cats, Photos. Bookmark the permalink.

4 Responses to Learning is an Exciting Adventure…