The Pause that Refreshes 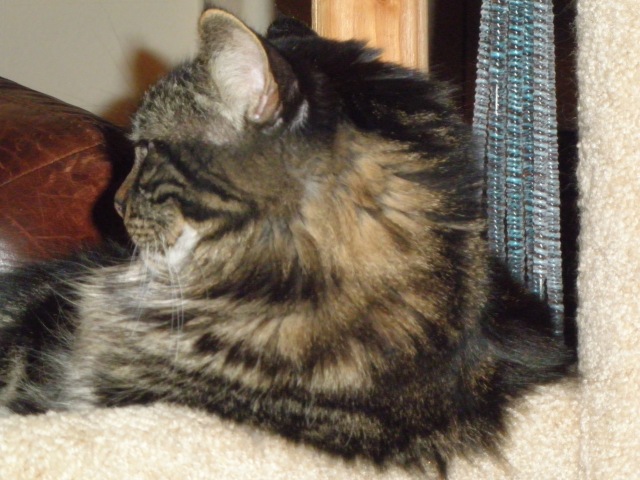 I changed my mind.

I was a bit on the fence about Gus’ medicine and then late last night I heard him rubbing his head pretty strongly.  Coupled with some scrapes he added last weekend I thought it best to give his wounds some time to heal.  The original redness has pretty much faded out, leaving a few scabs in places only,  The cuts on the head and the new ear scrapes are pretty much the only problems left.  I’ll at least wait till the weekend to start, and try to clean the ears to remove any irritation by the scabs or dead skin on the ears.

Another thing it will do is make it clear if the new medication is irritating him before it blows up like last time.  And give him a little break.

The first picture is from yesterday just after when Calla was all upset about what, if anything, he did below her perch.  If that isn’t a picture of innocence,  I don’t know what is.

But today, right as I got home, there was a funny interaction between them.  She was at the base of the tree, and he was making noises at the door wanting out.  But as I was turning away from the door, Calla followed a step and Julie took a big stride and gave her a big play-smack at her hind legs, which she had to quick-step to keep ahead of.

Oddly considering yesterday, she didn’t make a sound or a growl about it, just got away.  I’ve seen him do this goosing once or twice and it is pretty funny. 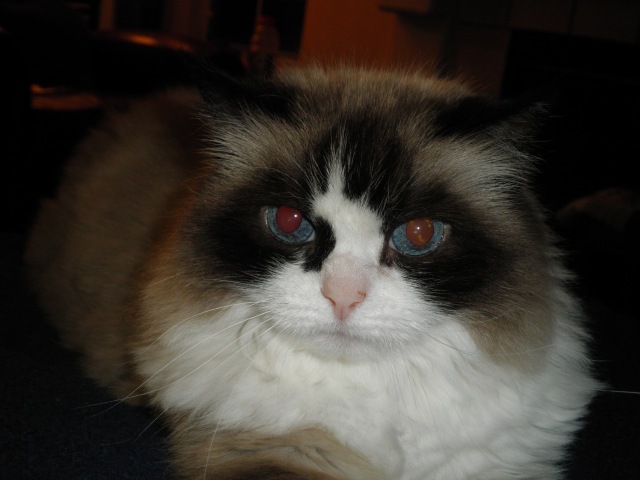 I added a new header picture this morning for those who are keeping score.  Seems like I had forgotten most of the details of how I did the first one, but where there is a will, there’s a way.

This one is about the front path in the yard, from the porch to the driveway.

5 Responses to The Pause that Refreshes