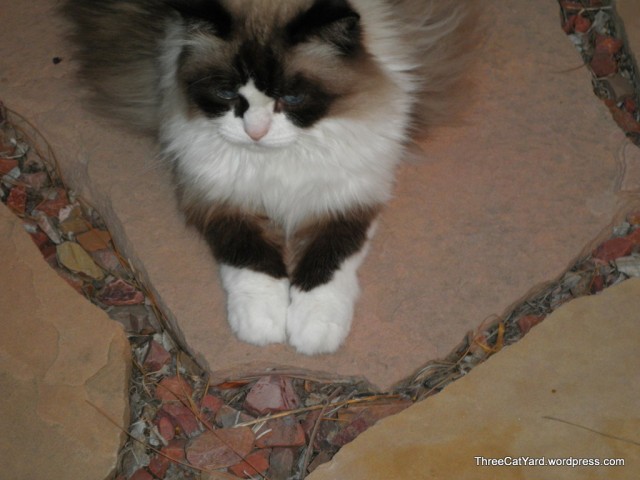 This morning Calpurnia was again in Julie’s “Man Cave”.  But to her credit, while she does like to ‘borrow’ other cat’s favorite spots, she isn’t possessive about them herself.  If someone is currently in the spot, she just uses another one.  I’ve seen her timeshare spots with Gus all the time – the various cat beds and such.

Now one of Julius’ quirks is that he won’t readily use a spot that someone else has used.  After someone starts to use it, he doesn’t go back for a long time. 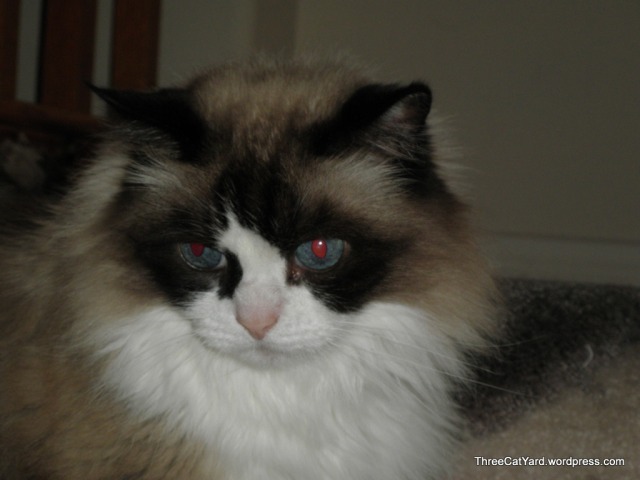 Gus continues to be a little difficult about the joint medicine.  Even though it is supposed to be flavored to be tasty, he is getting very reluctant to eat food with the stuff in it.  And since there are alternate plates around for the others, he can pretty easily do it.  And at his age I’d rather keep him eating than not.

Even when he finds it tasty, the habit to leave a bit left for the others to sample muddies up the dosage estimate. 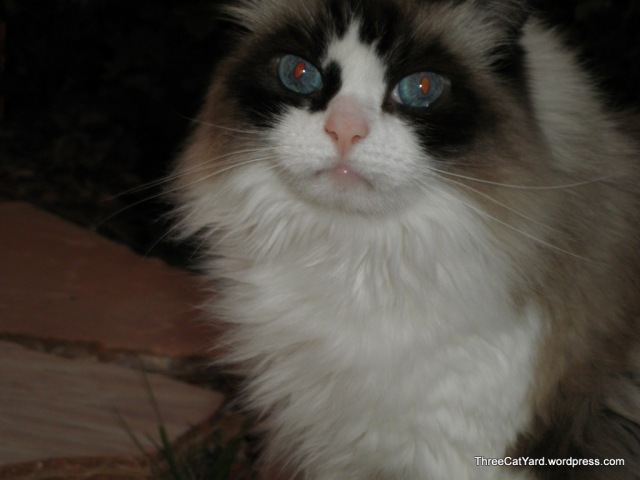 What? That Spot was Totally Empty!

Today I went out and got some new exotic wet food and he did seem to eat it up better.  So that’s something, although the stuff is about twice as expensive.   I wonder if just pouring the powder in the mouth would work…

Engineer with Cats
View all posts by Oldcat →
This entry was posted in Calpurnia, Cats and tagged Cat Behavior, Cats, Kitty Theatre, Photos. Bookmark the permalink.

6 Responses to This Is Mine