Life on the Edge

Julie spends a lot of his spare time resting in the same spot I photographed him the other day in a big round tangle.  Today, however, he was a bit more decorous and sedate.  Note Gus in his bed in back for a two for one deal. 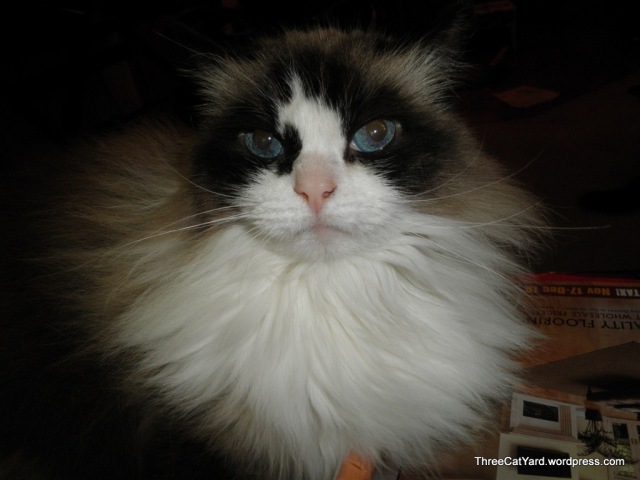 Calla has continued her lapcatty ways, climbing up onto my lap once or day or more.  Sometimes she gives me the biscuit torture and I have to find a napkin to keep from being pricked with her claws.  It is best when she settles and gets some brushing or some petting.

She tends to move off for one reason or another after a while.  Sometimes she comes back, others not.

I decided to tease her with the pink feather some, and like usual she swatted at it and then got spooked and retreated to a new spot.  See the lifted paw?  Just a moment before it gave the pink thing a big swat.

11 Responses to Life on the Edge