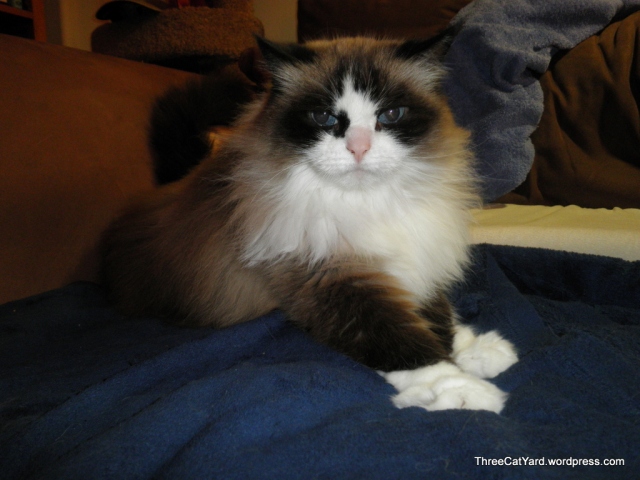 In the comments to yesterday’s post, SkyBlue State of Mind asks if Calpurnia is my favorite cat.  I suppose if you measure it by pictures or by words on the blog the answer is ‘yes’, as most of the posts center on her.

Partly this is due to her exotic looks – I have not had any pointed cats or Persians either before her.  I started looking into cat genetics when I adopted her mostly to understand how she came to look as she does. 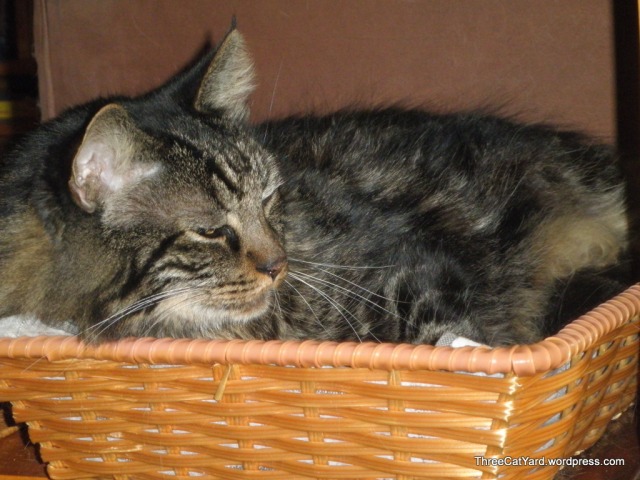 It doesn’t hurt that she’s the best subject.  When you need three pictures a day to come out, you appreciate someone who doesn’t run out of frame in excitement, squint his eyes closed from the flash, or sit facing away from you, or go off on his own during prime photo time.  But Julie is the only one who gets to go out pretty much when he wants to.  Maybe that makes him the favorite. 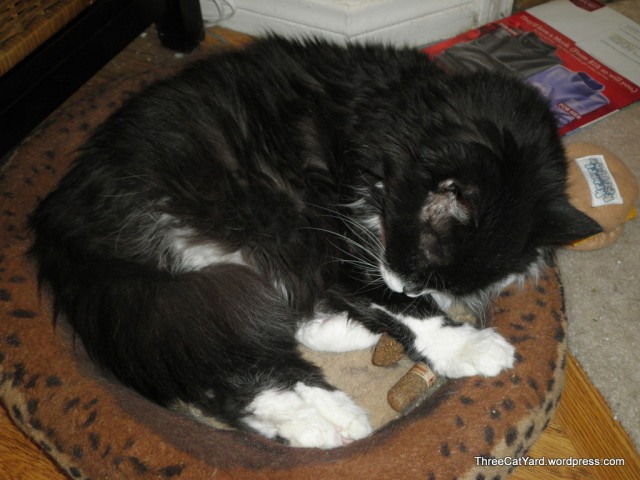 Gus gets more treats than the others, and is allowed to eat from all the food dishes first.  Maybe this makes him the favorite.

I’ve had both Gus and Julius since their kittenhood, and for many years longer than Calpurnia.  I know them better, and know what they have had to live with.  Calpurnia is more of a mystery – she hasn’t been here as long, and I don’t know her as well.   In order to give her what she needs to be happy, I need to know what it is.  So from day to day I have to try to understand her better.

Engineer with Cats
View all posts by Oldcat →
This entry was posted in Calpurnia, Cats, Gustavus Adolphus, Julius Caesar and tagged Cats, Photos. Bookmark the permalink.