Julie has been ‘acting up’ a bit these last few days but not in the standard way, by chasing or swatting at the others.  Here’s his way of messing with Gus – he turtles up under this little stool so that he can’t come up and bite him on the back.   It takes some squeezing to do it, the thing is only about a foot across.

He used it this evening for this, leaving Gus rubbing his chin against the post in frustration. 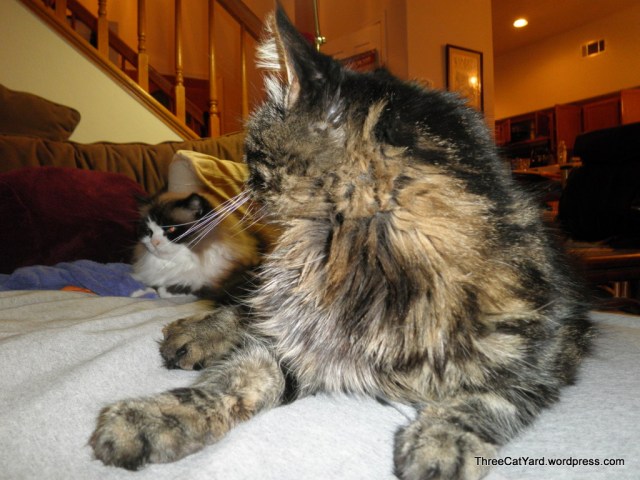 Then after messing with Gus, he decided to get into the pictures of Calla by sprawling in front and rolling about in the foreground.

She wasn’t that annoyed – she even got up and put her nose right into his tail fluff.  He really didn’t know what to think about that. 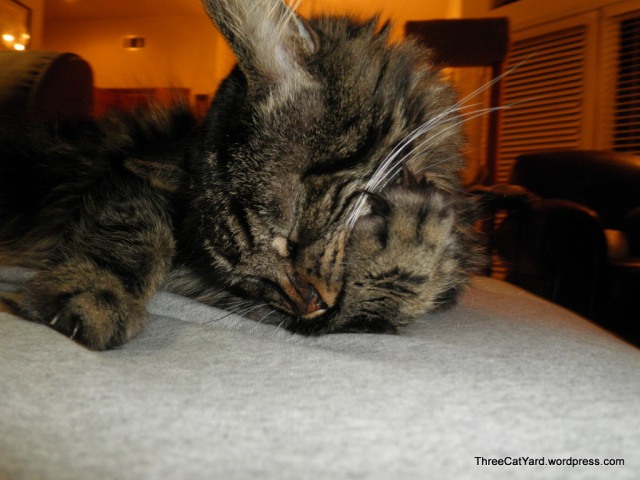 A grooming shot of Julie putting the bitey on his paw.

There’s some other grooming news.  I did another round of chopping at Gus’ fur, taking out another large mat and shortening the back parts generally.  He was pretty grumpy about it, naturally, but the shorter length is keeping further mats down.