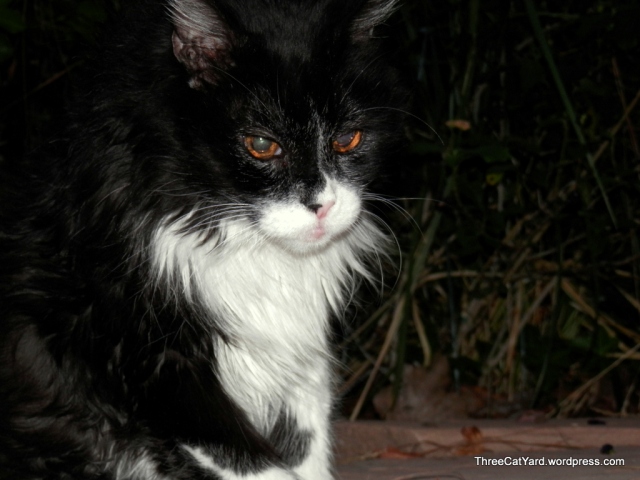 Gus is back on his thyroid meds.  I had run out, which was the time to start the process to flush the medicine and arrange the radiation treatment.  But after several attempts to get in contact with the lab, I gave up for now.  I’m tired of watching him get worse.

Apparently, they don’t have anyone besides a service to answer calls and they don’t return calls either.  Nobody is around during the day.  Why I should trust them with my cat for five minutes, much less five days is escaping me at the moment. 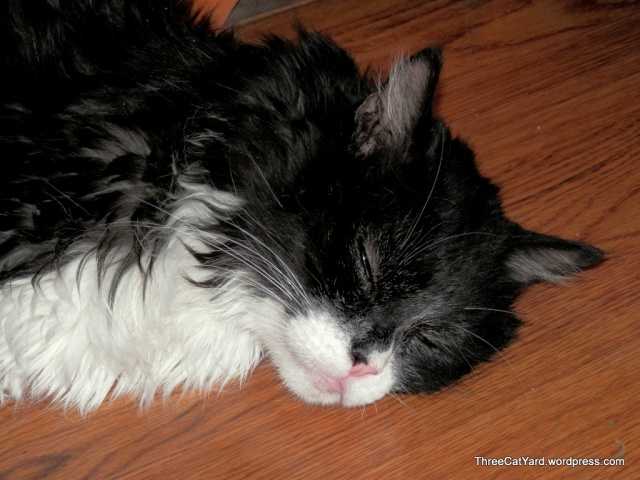 I’m sure both of us will feel better about this given some time. 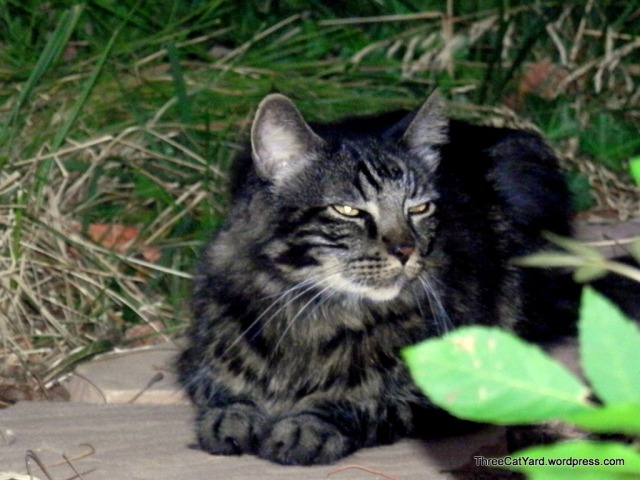 I think he’s feeling somewhat better already.  He was out sunning on the rocks along with Julius this evening having a nice time. 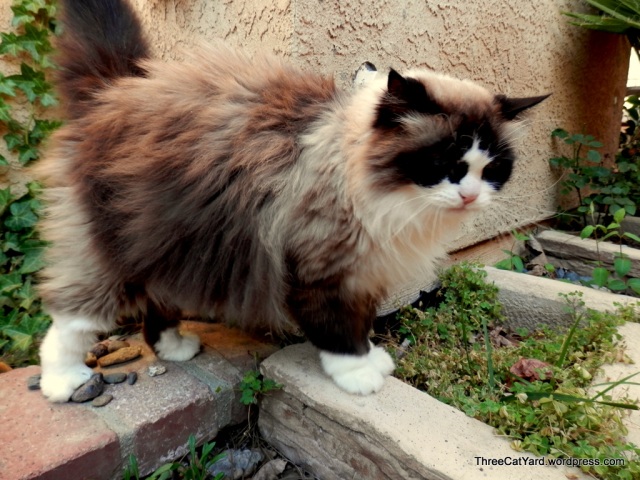 Calla was out there too although they were not as chummy, of course.  She was on her bricks and he was on his rocks.  But they were keeping each other company for all of that.