It has become increasingly clear that Calla and the two boys are becoming a little more comfortable with each other.  Ironically, this means there are more spats rather than less, as they don’t keep totally clear of each other as a matter of policy.

This morning I was in bed and Gus came up and sat on one shoulder.  After a while, Calla came up to the other side of the bed.  Gus did nothing, but after a minute he moved back to sit on an end-table further away.

Calla crossed over to that same side and turned about so that her tail was pointing at him.  After a pass or two in front of his nose,  he snapped his jaws on her tail.  I don’t know if he connected fully or at all, but she was shocked and spun about and hissed at him and swiped her paws at him a few times. 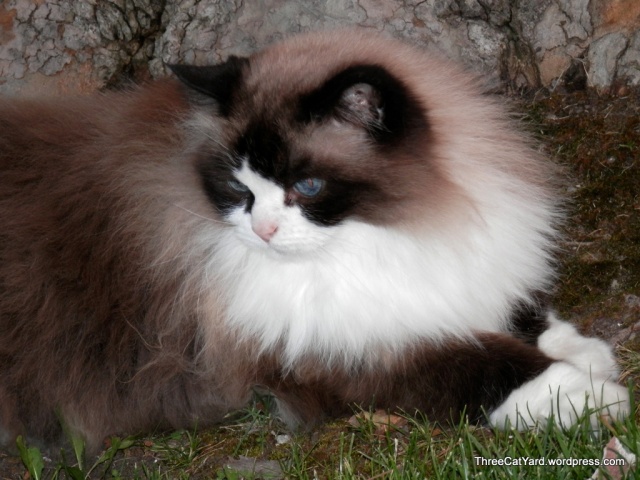 This afternoon Gus was trying to thread his way between where she was sitting and where I was sitting and came a bit too close and moved too slow.  She took a swing and managed to hook a tuft of dead fur out as a souvenir.

He didn’t seem to be too bothered about it after the incident.

A few minutes later we were out front and Calla and Gus were moving past each other without friction and Calla even came out onto the lawn to close to where Gus was sitting. 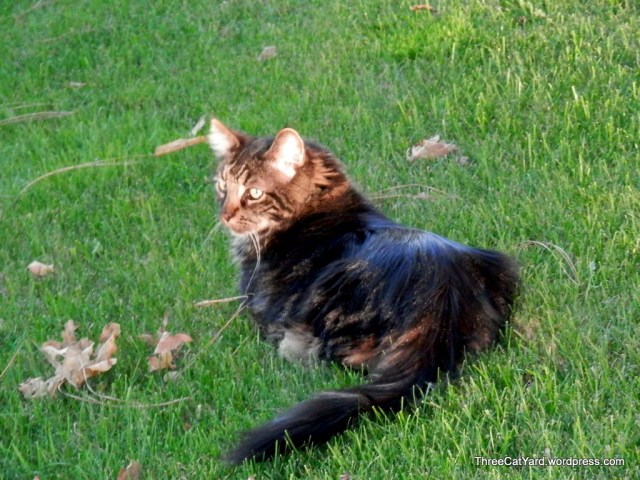 Julie even found his way back from where he had been to join us all on the little front lawn.

5 Responses to Tit for Tat