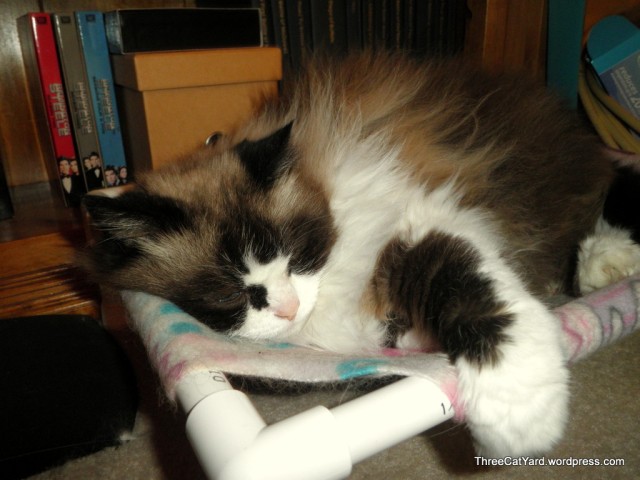 Since I am still feeling enough effects of the lack of sleep this evening to make coming up with a coherent story difficult, I’ll just describe today’s photo session while showing the pictures.

I brought out the smaller camera as it doesn’t have the huge flash and does better in the short distances indoors at night.  I didn’t see anyone around until I peered over the sofa and saw Calla in the Ham-mick bed.  She hadn’t been using it much before the boarding stays, but she’s used it twice since then.  The first angle was low, and much of the flash was lost under the bed.  The second one was better. 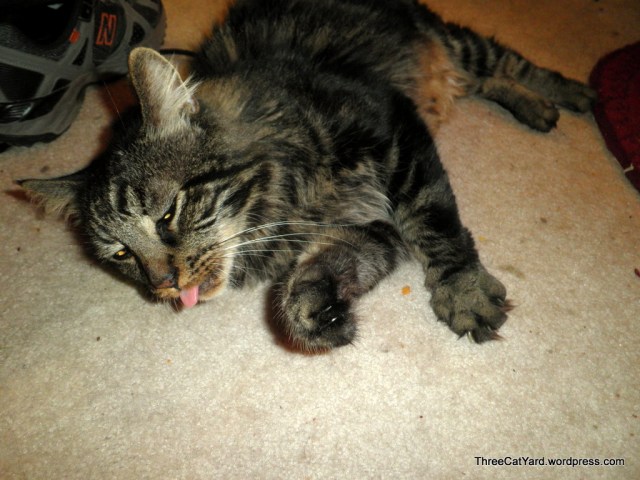 This is one of the things that helps – Julie was wondering what I was up to sitting on the floor in this part of the room and came over to investigate.  Soon he was flopping down and being kittenish.  I caught him kneading the air and sticking his tongue out…he was still quick to close the eyes when the camera went off. 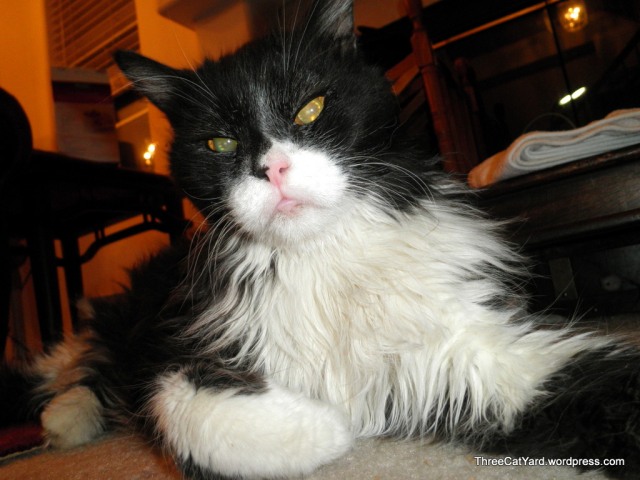 In order not to be left out, Gus came up to me as well.  A few sniffs of the camera and he flopped down next to me and Julie…to get him lit up you need to hit the white parts and be a bit farther back than you think to allow the room to be lit up. 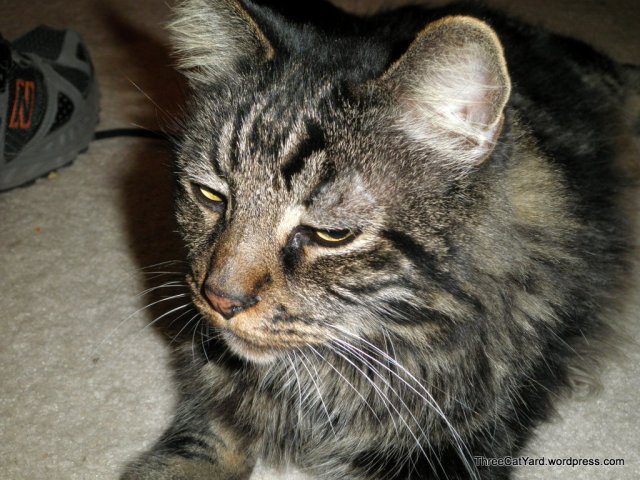 I almost managed to get a wide open eye shot…missed it by that much!