Here’s a baby, so it is time to take some steps.  I’ve been quiet about any exact plans until they were all set.  But when I started thinking about new cats one of the first searches for “Persians” turned up this little girl.  Which is odd because she’s not really a Persian cat.  Her kitten name is Rhea, after the mother of Romulus and Remus.  With my interest in ancient Rome (I took years of Latin in High School) this increased the interest. 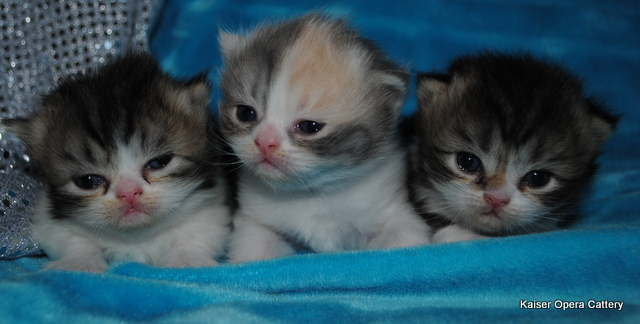 Here she is with her brothers, Romulus and Remus.  They are “Napoleon” cats, which are Persians without the super flat faces with the addition of the Munchkin gene, which gives short legs.  Rhea has ‘long’ legs, however.  This is called “Non-Standard”.  The brothers have the short legs. 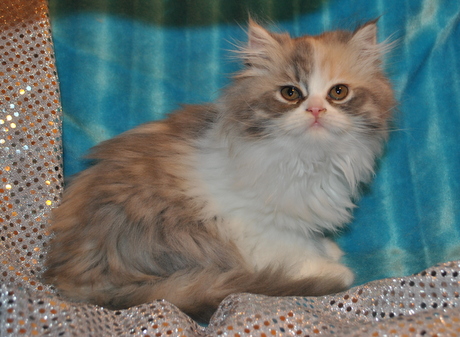 Here she is in a later shot, grown to a kitten.  She’s a dilute calico.  She reminds me much of Calpurnia without being a clone.  She also reminds me of Cassiopeia, a dilute tortie cat that I adopted after losing a foundling kitten suddenly.  She lived with me for twenty years.  It seems like a good omen.

An interesting point about these cats is that the parents are smaller cats, from the Chinchilla, Golden and Silver Persians.  These Persians have not been bred to the snub faced Persian style, but retain the “Doll Face” look.  Adults might be as small as 6 pounds or so. 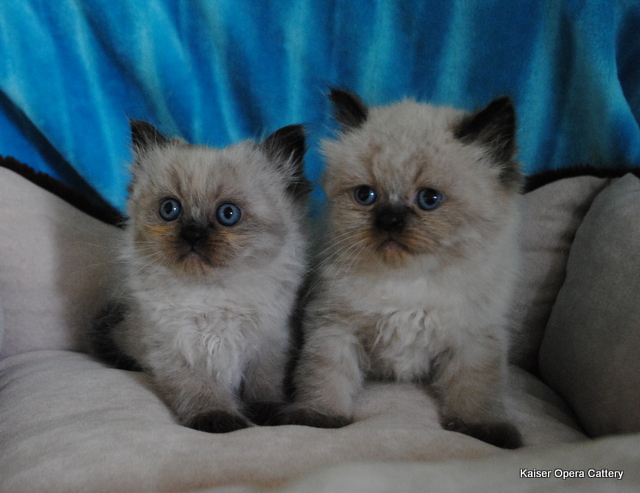 What is one kitten going to do with two grumpy old men?  Good question, so I am adopting a second kitten.   He is a Chocolate Point Napoleon.  I’d guess its the one on the right.  The kitten name is “Thyme”. 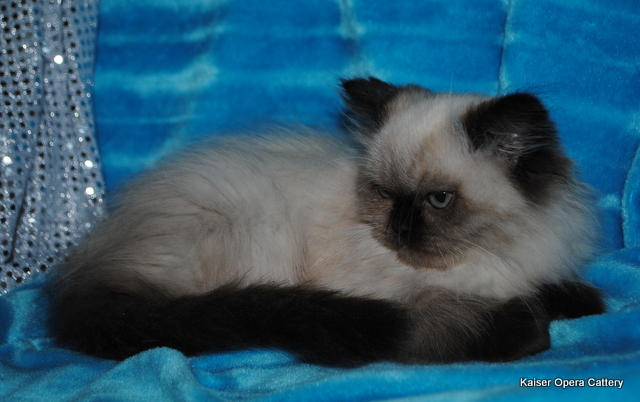 This is a more recent shot that I think is Thyme.  He’s also ‘non-Standard’ so has normal Persian style legs.  I will rename him, I think.  Right now I am leaning heavily toward “Marshal Jean-Nicholas Davout” after one of Napoleon’s top generals. Pronounce it as “Dah-vo” with the usual French ” leave off the last quarter of the word” rule.

But I can’t be sure of the name until I take final possession.  I’ve changed my mind at the last second before if the name just does not suit.  The current plan is to pick them up on Saturday.

But doesn’t that mean there will be four cats?  Am I renaming the Blog too?  I think I just will count them by weight and thus the two little ones just count as one.

That’s my story and I’m sticking to it.

Engineer with Cats
View all posts by Oldcat →
This entry was posted in Cats and tagged cute, kittens, Photos. Bookmark the permalink.