The kittens are blending into the house very well right now after another evening of being out with the big cats.  They spent most of the evening playing with the robot fishing toy.

I’d decided that this would be the first day I would not close them into their safe room and see what happens.  If they get into trouble and wake me up, it is fine.  Hopefully they will be pretty quiet, they seem to wear down as the evening goes on. 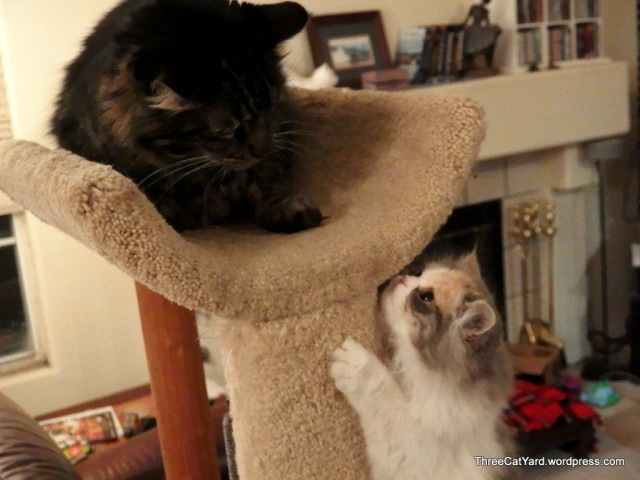 When Julius came in from outside, he first did his usual scan of all the places the kittens had spent time.  I suppose he was looking for damage.  I gave him some food, but soon after I did he gave way and allowed the kittens to eat most of it.  They sure can pack it in.

To get him to relax, I encouraged Julius to leap up to the top of the tree.  It seemed like a good idea for him to watch the kittens move about from above without confrontations.  Rhea had a different idea.

This isn’t going to end well. 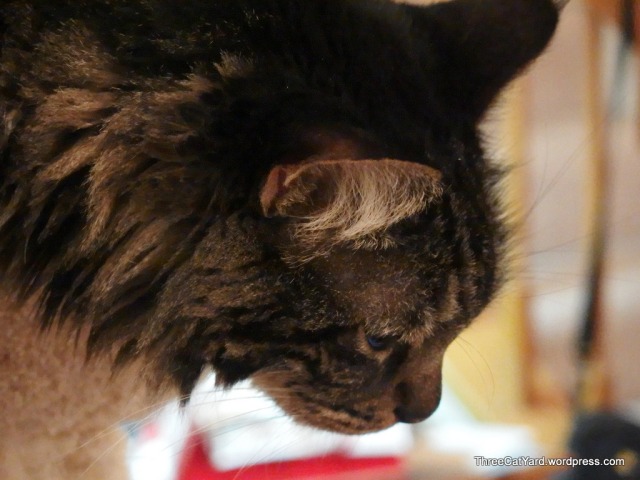 He swatted her, and the poor kitten had to hang there looking innocent until I unhooked her and moved her to a lower perch.  Julie wasn’t hostile once he had a little space. 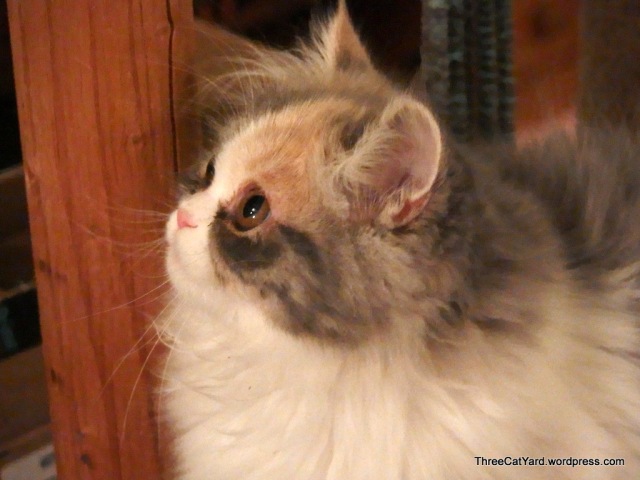 And Rhea wasn’t cowed by the experience. 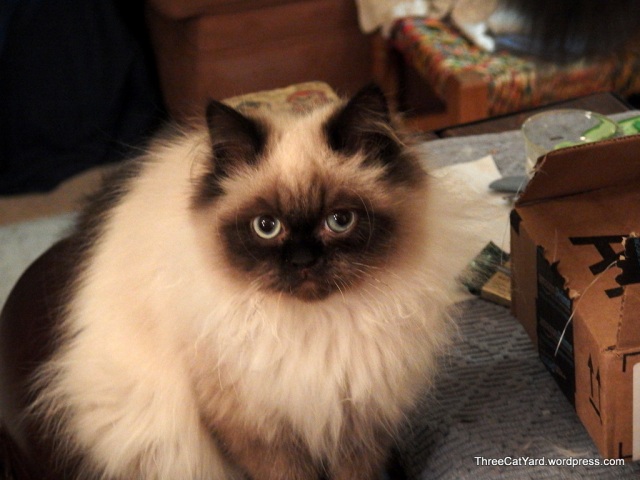 Big Brother Davout did come trotting up to see what was the matter.  It is nice to see how the two kittens try to look out for each other.

The three sat in a multilevel triangle for a while not very far apart and everyone was relaxed.

After a time the kittens moved off to take over my chair.  For some reason, my other cats almost never sit in this chair or on its arms. 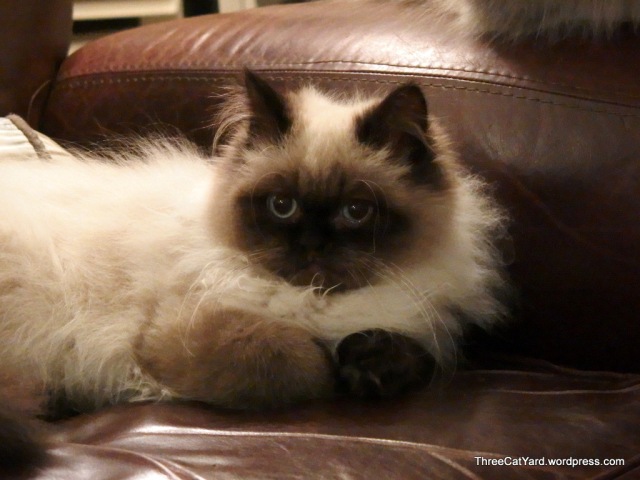 I did a little experimenting to see if I could use some extra LED front light to brighten up the cat’s eyes without flash.  This works, but is a bit too bright for the cats to look into.  It also changes the color to be a bit bluish before I nudge it. 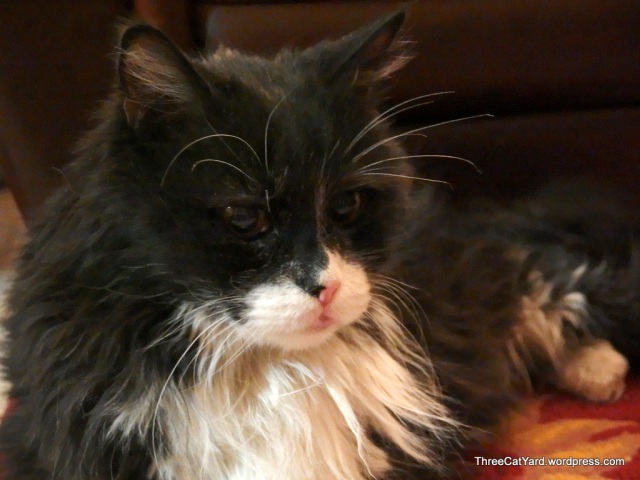 Here’s an example without the light.  What I’d like is the eyes from #1 mixed in with this.

What you can’t see in the photo is that the kittens are about a foot and a half behind and above him, and Julie perhaps three.  Everyone in a little cluster without problems.

8 Responses to Fitting In