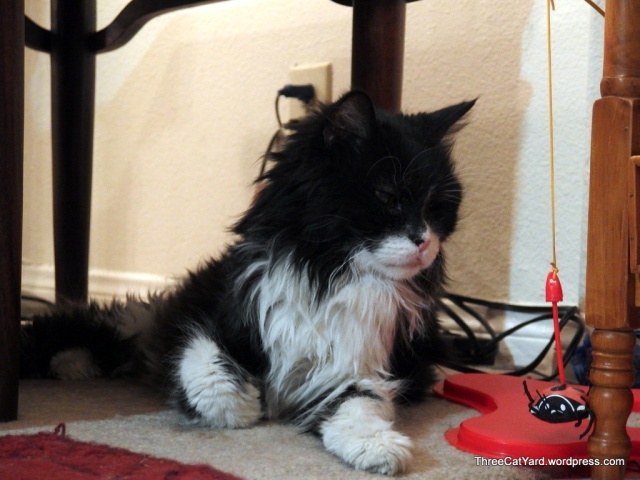 I broke out the cat toys again to entice the kittens out from their after dinner nap.  Gus was interested by this, and by this little magnetic ladybug toy for a bit. 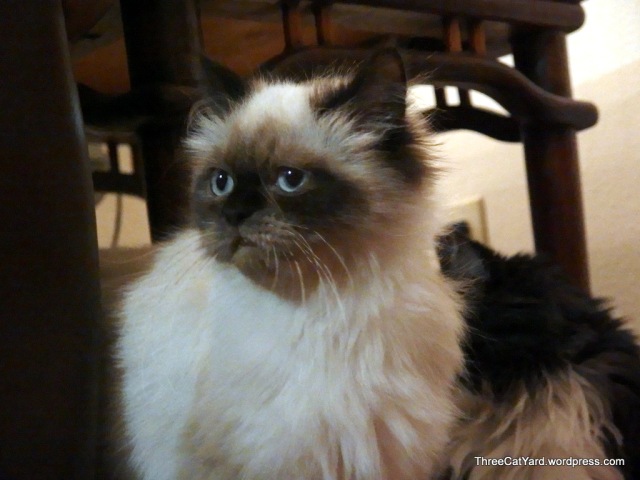 It sure brought Davout back from wherever he was…that or the camera strap.  It was nice to see that neither Gus nor Davout is freaked out by nearness.   So far no sleeping in piles for the kittens and the old boys, but no growling either. 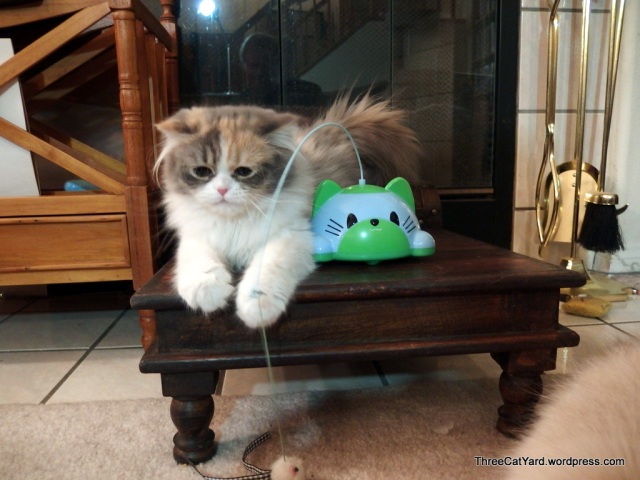 Rhea was working on her funny faces today… 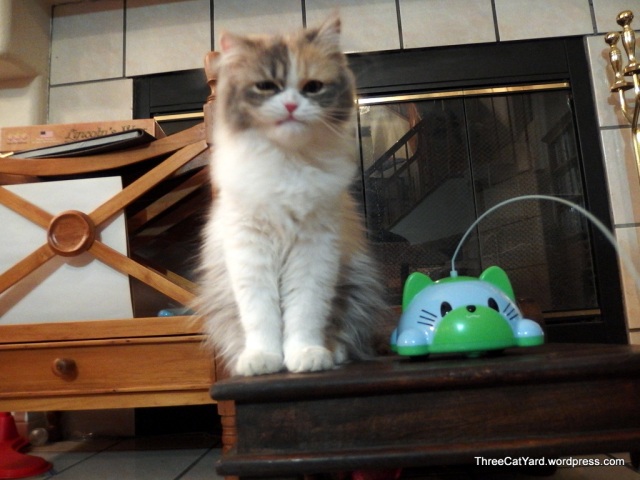 That’s a pretty good one too! 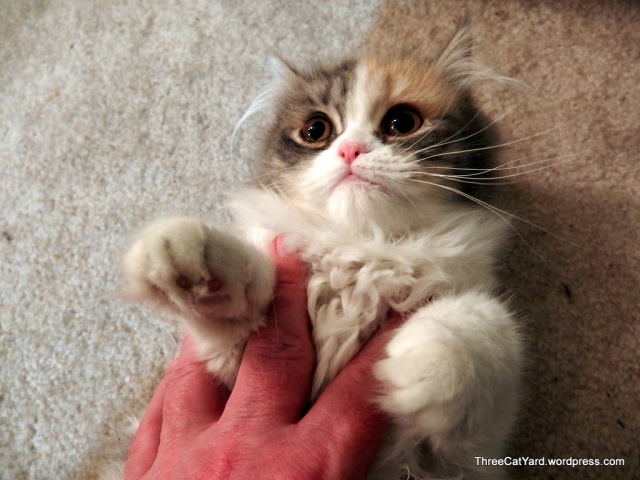 But this was a game that Rhea didn’t think was very fun at all.

A bit later she was up on the side table and got a sneezing attack.  It wasn’t surprising that Davout came up, but then Julius came up and stood up with his front feet on the table top and got nose to nose with her to see if she’s all right.  It was pretty sweet.

5 Responses to Fun and Games