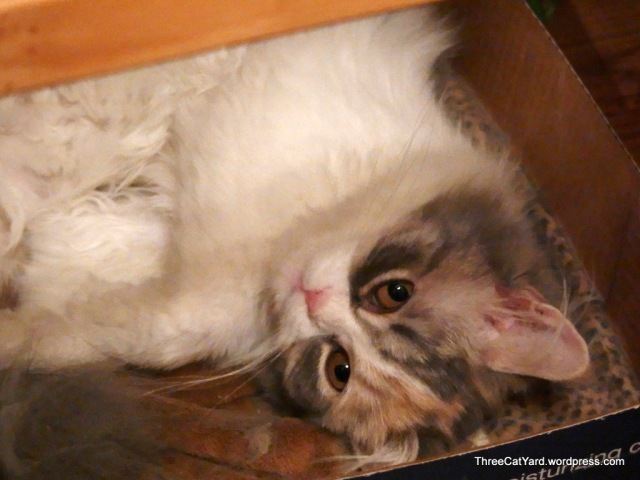 Rhea looked really cuts sleeping in this box…but then when I went over to take a picture she woke up. 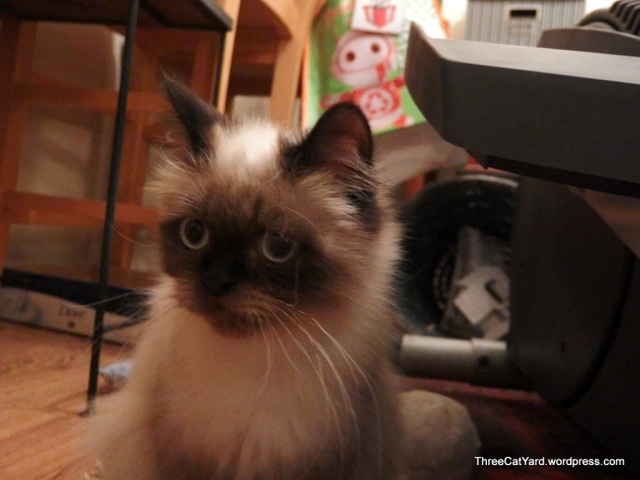 Davout hanging out.   Rhea has taken to wrapping herself up in cloth and hiding under it and it makes him a bit worried.  He sits next to this lump of fabric with a kitten in it just looking at it.

Rhea has pulled over the junk mail trash can in the background. 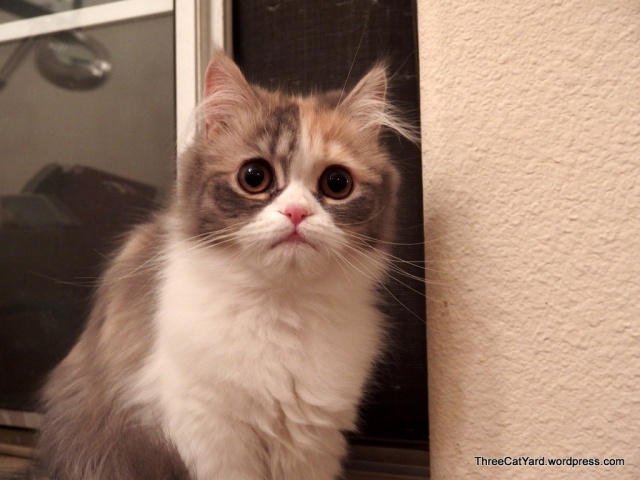 Rhea hanging out near the open window.  For a while both kittens were there peeking out. After this picture,  there was some noise outside and Julie went over for a look himself.  He saw Rhea in the way and settled down nose to nose about 6 inches apart   Rhea had echoed him, going low as he went low and they stayed like that for a while.

Julie wouldn’t push her out or swat at her, and she didn’t run off herself. 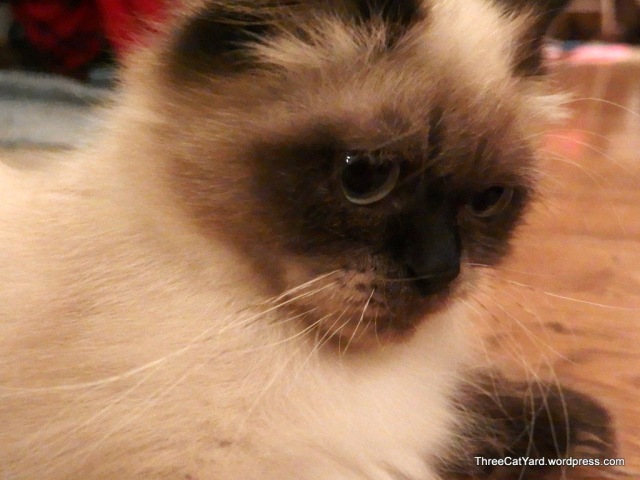 That camera strap is still public enemy number one.