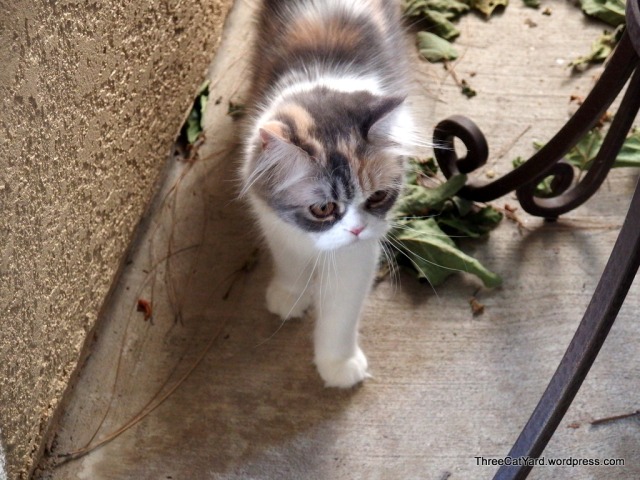 Another blustery and hot day.  The high winds broke a lot of branches from the trees out front and filled up my front path.   When moving them out of the way I decided to let everyone out front and see just how bad it would get.

At first the front porch was adventure enough….

But soon the front path beckoned…

For some reason she was reluctant to step into the sun.

Davout was more interested in the bushes and the little lawn beyond.  Julie went out to keep an eye on him. 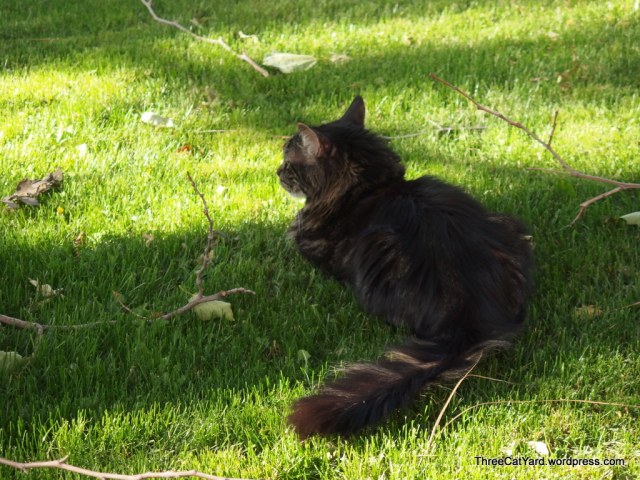 Davout ended up doing what Gus used to do, and went through the fence into the pool area. Rhea, on the other hand, seemed very interested in going the other way to the neighbor’s front yard and out the driveway like Calla used to do. 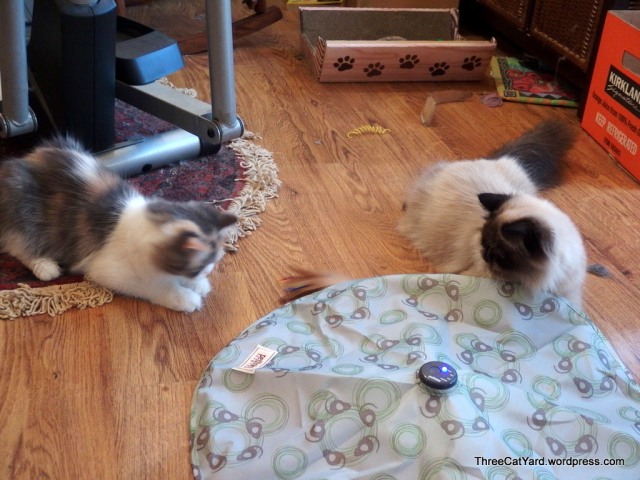 I saw this toy at Petsmart today and picked it up.  I’ve seen similar toys, where an arm spins under the cloth in interesting ways.  Even Julie was interested, if a little scared of either it or the kittens darting in and out around it.

But the kittens really liked it.  It’s mechanism seems clever, in that it can be stopped but sometimes can sneak by even when they are trying to hold it down.  It reverses direction and has multiple speeds.

I only used low speed, though. 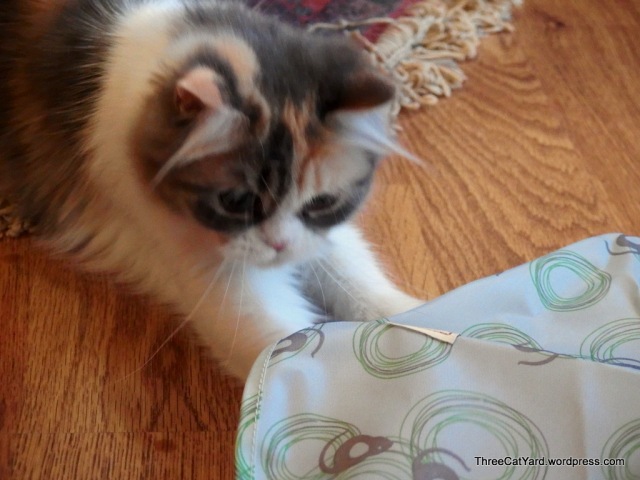 Rhea hung back more than Davout, but she did get her licks in.  And when she wasn’t pouncing she was watching intently.

4 Responses to All Out Front