I have noticed that some of my favorite shots happen to be right around Christmas so I went back and looked at posts near that time. 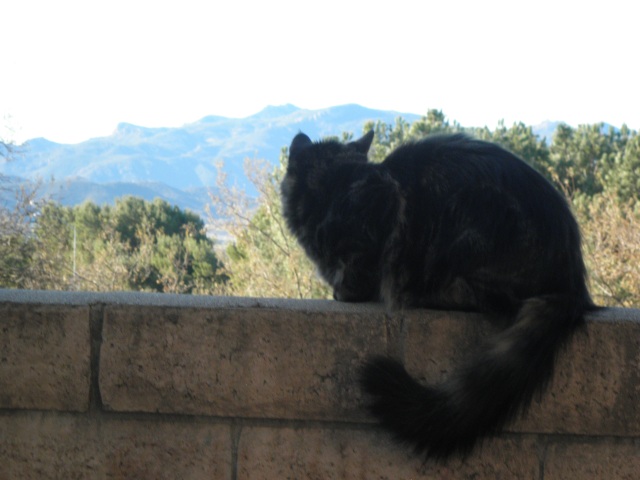 Julius Caesar looking over the back wall towards the Santa Monica mountains to the Southeast. 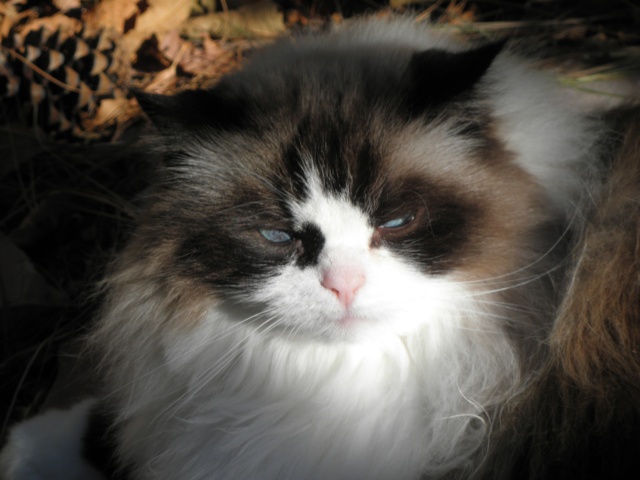 A Day in the Sun

Calla trapping a sunbeam out on the rocks in the back yard.

Gus showing off his “Jewel Eyes” 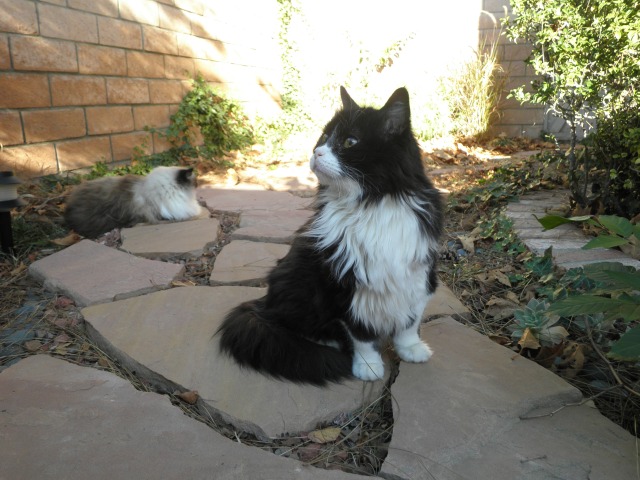 Definitely one of my favorite Gus pictures. 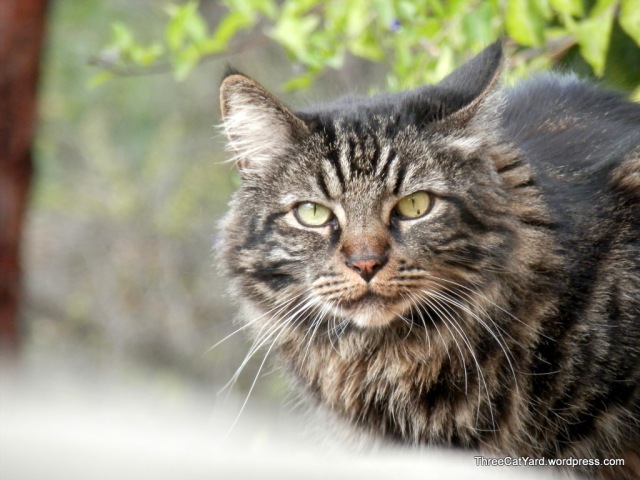 This year I had a new camera with a very long zoom (24x).  It’s flash was a bit overpowered for indoor shots in the confines of the rooms I have, but it could produce nice outdoor shots. 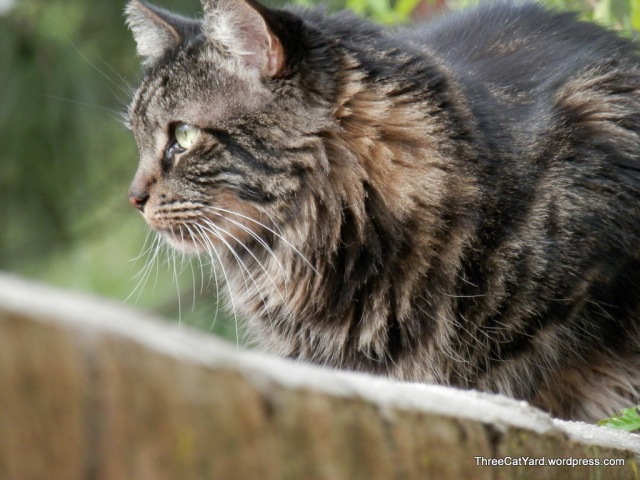 A lot of Julie’s time outside was spent perching on the boundary wall looking out at the world outside.

Christmas is for Tidying Up

The cats never got into using this cedar house, so it got moved outside.  Gus was good enough to pretend to use it for a photo that day. 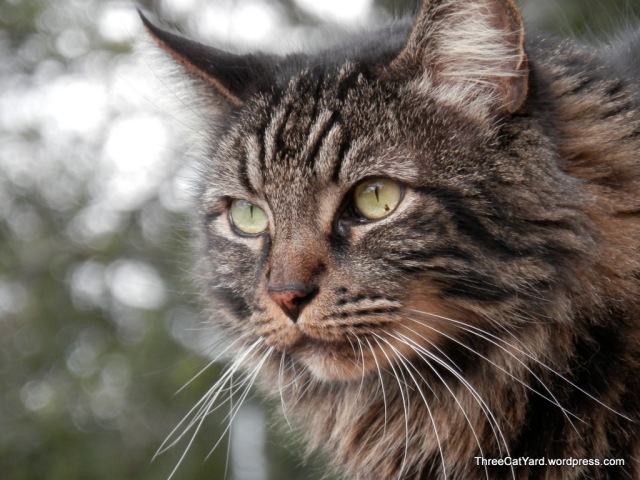 Julie led two lives.  Inside he slept, and acted silly, and would often flop on you like a boa. But one he got onside, he put that all aside and was all business.  His focus was on his neighborhood.

This Bed is Mine

Calpurnia wouldn’t make it to another Christmas.  She died suddenly in November 2013.

This was a few days before Christmas, but too good to leave out.  Rhea and Davout were adopted at the start of the month, and were just integrating with the two older boys.

Gus, approaching his 17th birthday was still willing to play with Davout with this motorized toy.  He made it to that birthday, but not much longer.

Julie usually kept his exertions for the outside.  This would cost him the next August.

Rhea had been napping in front of this post – it is a mount for a stereo speaker for the television.  When the larger cats Julie and Gus starting coming closer, she snuggled a little bit farther back for safety’s sake.

It might be stretching a point but I wanted to have Anna Comnena in this post too.  She was adopted in late November to keep the kittens company.