Another day, another chance to see conficts between Anna and the kittens.  And even when I don’t go downstairs a lot, dragging the kittens with me the two sides seem to be able to settle their differences.

We already see that these days Anna is content with her room and part of the master bathroom and closet as her turf.  To move between the two Anna would need to pass down a hallway that the kittens sometimes sit in.

Once today I went into Anna’s room and found her by the window, and Davout and Rhea were sitting just below her place atop the shelving.  Anna did not seem to mind them at all.

Today I saw Anna run into Davout in this path.  Davout hunkered down flat and eventually Anna moved right past him to her room while he waited.  So as long as she does not feel trapped she isn’t likely to escalate to a fight. 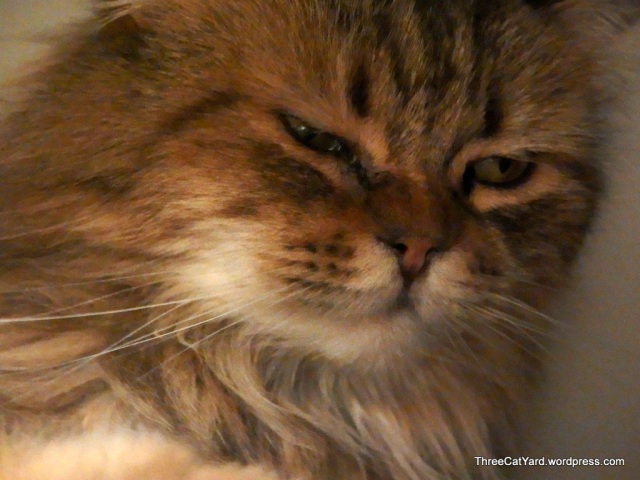 Since there are no litter boxes in the master bedroom I’d like her to be able to pass freely out of there.  So far it seems her hissing will make the kittens give ground. 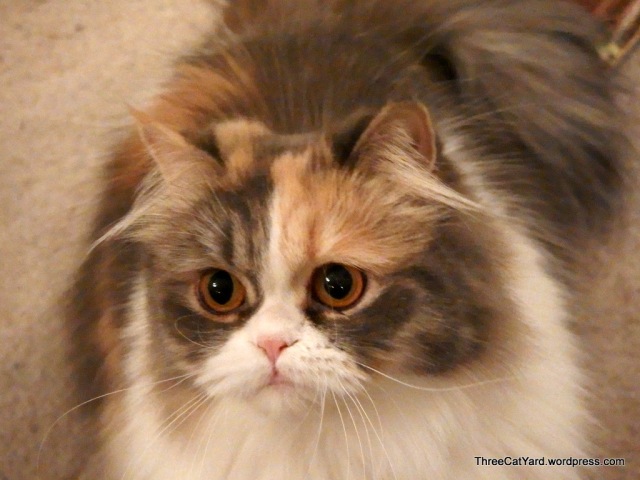 Rhea will often follow right behind Anna as she walks by.  This could cause trouble but most of the time  Anna doesn’t seem to mind her little shadow cat.

5 Responses to Seeing is Believing