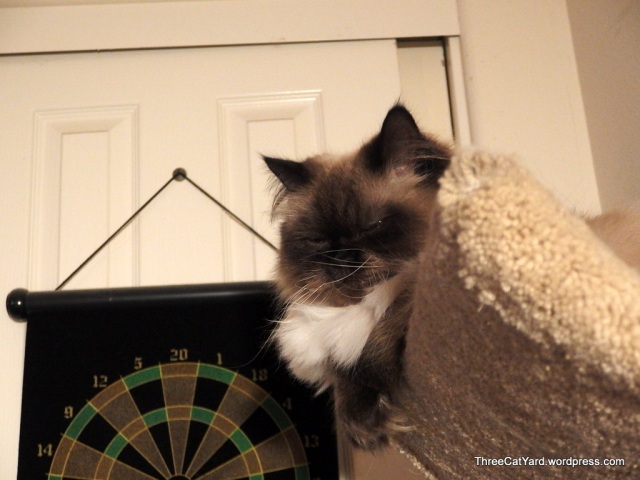 I thought that I might not get any pictures of Davout today…but he fooled me and jumped to the top of his tree again.   I had been playing with him with Rhea’s wand toy earlier and he jumped down with it and eventually pulled it out of my hand. 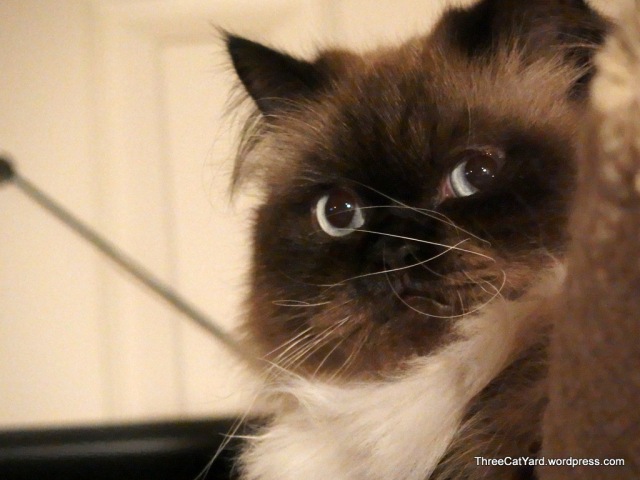 This gave me a chance for this picture.  Good thing too.

A while earlier at Anna’s playtime things started out with her relaxing with her catnip ball.  Then we moved to more energetic toys.

She was interested and lively.  So much so that she missed this entirely…. 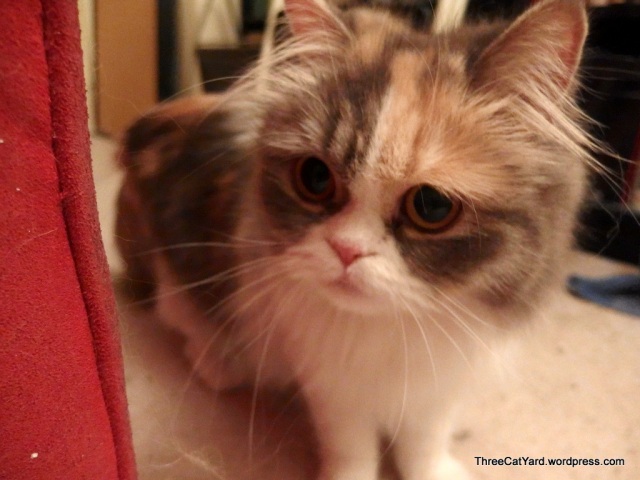 Rhea poking her head in to see what’s going on… 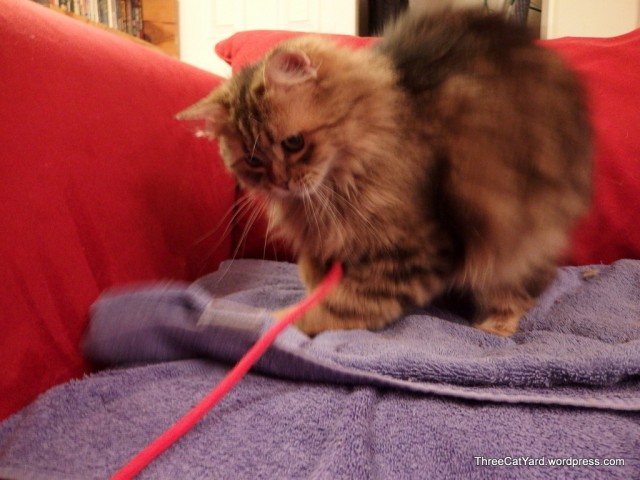 When she gets really excited she does this dance move where she swats with the front, then hops up and does a 180 and swats the other side.

Behind her this started to slowly lift over the arm of the sofa….

Rhea moved that last fraction of an inch and….

Ok, it was noisy.  Anna and Rhea did some mutual hissing and paw smacking at the arm and Rhea decided it was too much…she retreated to the door.  Davout was coming in to see what was going on and there was a little traffic jam.

Anna then went to the door and there was a similar smacky hissy session at the doorway.  Anna then backed away to go to her closet which led Rhea to come in after her.  I broke that up to avoid a round three.

Nobody was too distraught over it…even Anna was willing to eat some treats once the door was shut and she was brought out of her closet.  Rhea and Davout got a share down the hall away from Anna’s door.

Last post got a few responses hoping that Anna’s extractions might make her less grumpy. Aside from the kittens, Anna has been making good progress with me personally since she has come.  She was just as wary with me as with them, if not more so.  Now she makes the odd soft musical meow, and will pop out of her sleeping spot when I come in and sharpen her front paws on a pile of books right in front of me.  It is rare for her to snap or swat at my hands – only when she’s just been in a scrap with Rhea does she react to me like she needs to fight.  This could well be a last residual of her problems with her old owners when she scrapped with the child.  I wish she was doing better, but she is doing well.

5 Responses to A Little Fracas