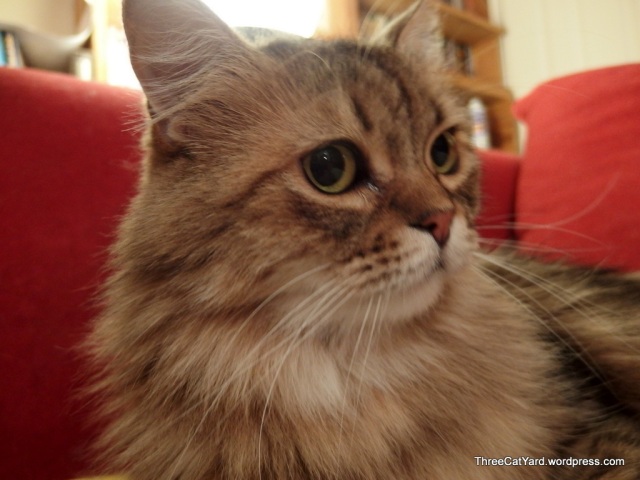 Anna ended up being a little spooked during today’s play session, but only a little since she didn’t officially see anyone in her room.  She did have some eerie feelings a time or two… 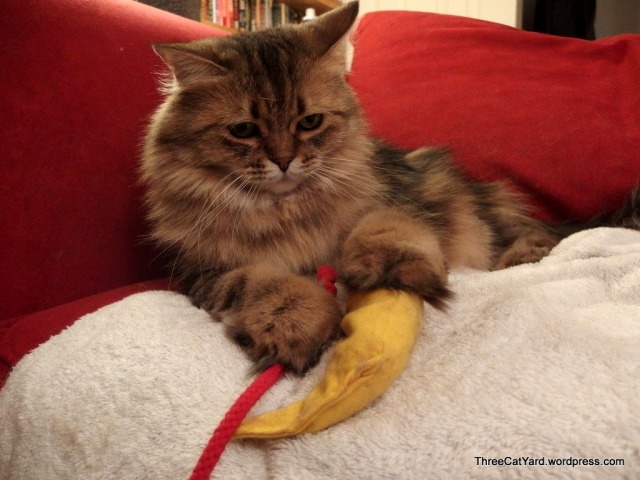 There was some fun with the toys for a little while… 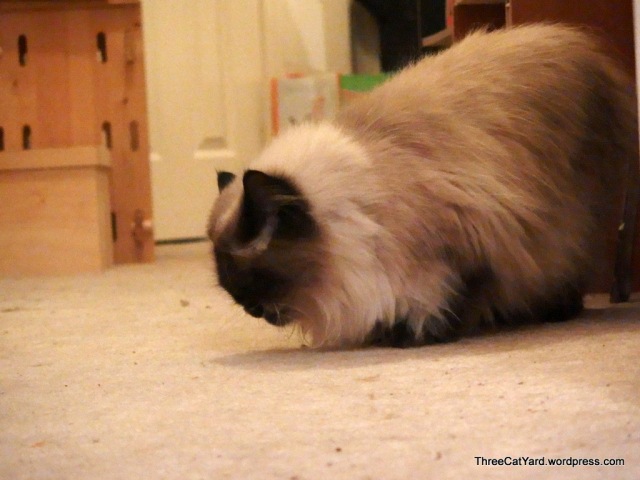 Then I saw Davout creeping to the doorway and I rolled some treats his way, and gave Anna some too. 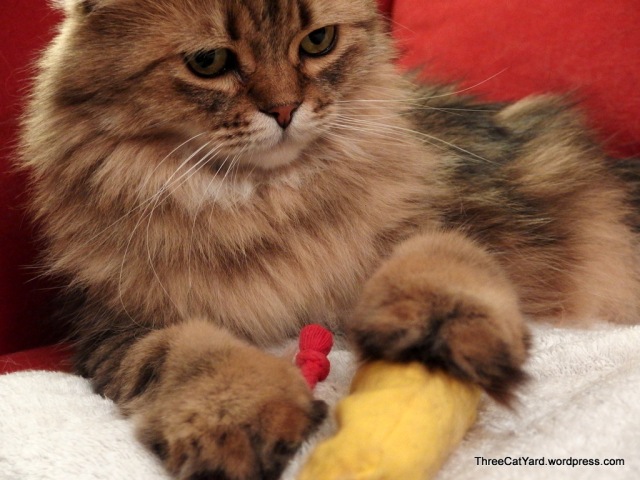 Here’s a closeup of Anna’s clawless paws clenching hard on the toys.  Mine! 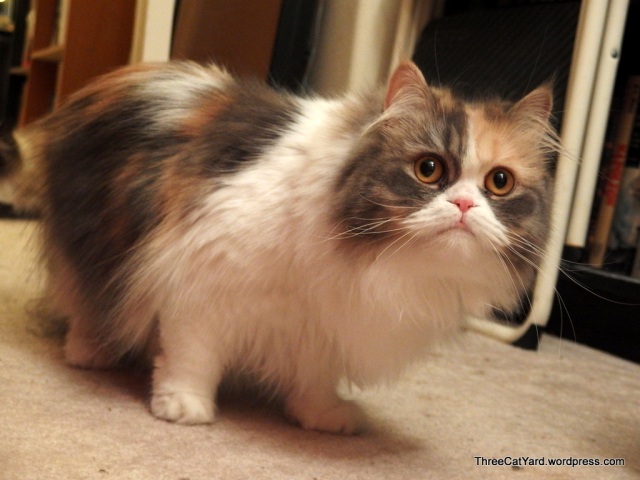 Soon Rhea was getting close to being in view…instead I sent more treats her way. 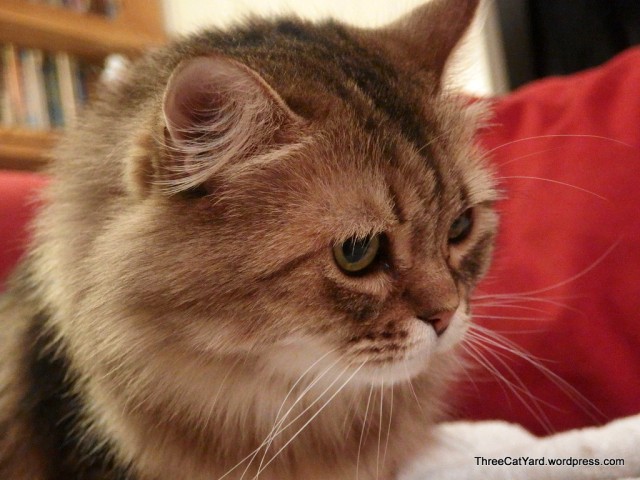 Anna started to hear some crunching sounds and started growling.  Then she would eat a treat of her own and start again. 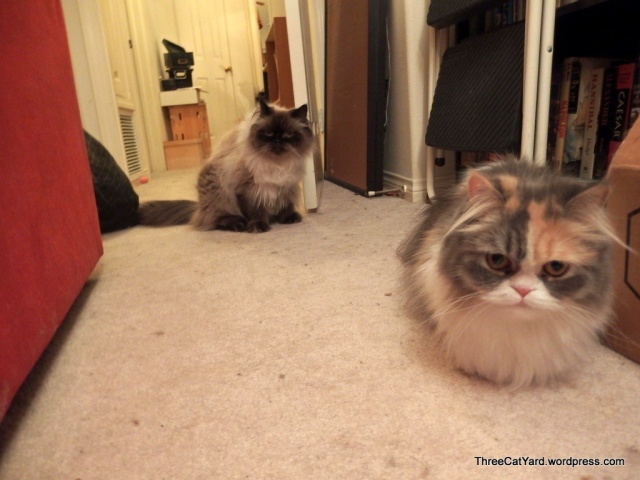 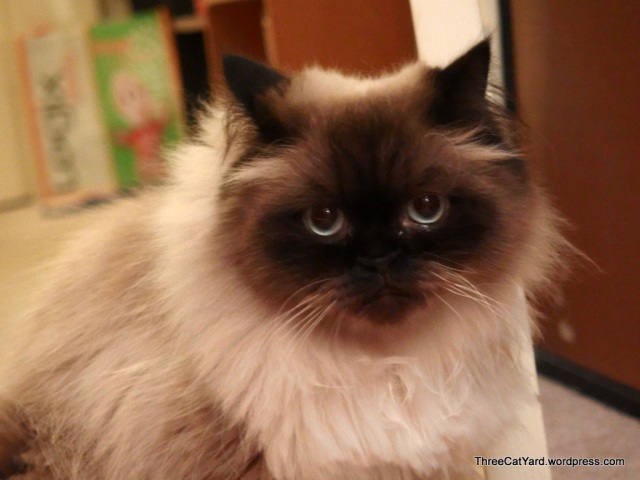 When I tossed a treat toward Davout, he managed to push it under the door.  It took him a while to bang on the door to move it aside, and Anna heard that. 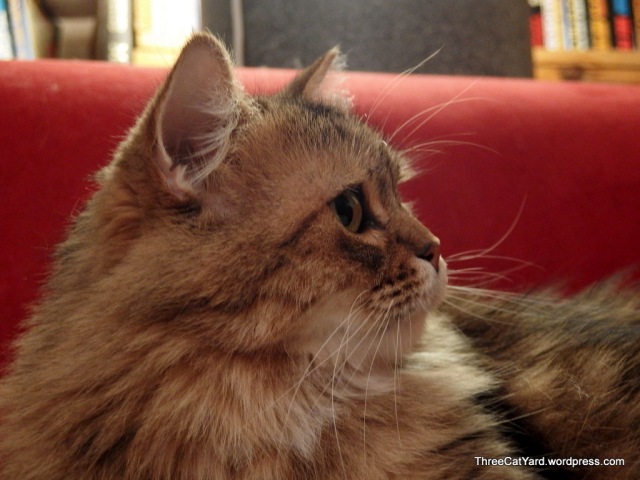 I shooed the kittens out to allow Anna to chill out some.