Stepping Forth and Back 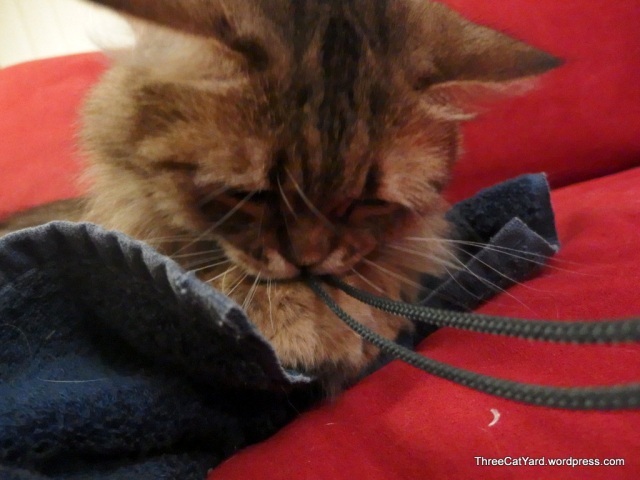 Last night as I was setting Anna up for the night, she decided to walk out of the room.  She made it down the hall – the kittens were elsewhere – then walked back.   This was very promising, and after going back she hung out by the doorway.

Then the kittens showed up at the end of the hall – Davout, then Rhea peering around the corner.  After a bit of a standoff, Anna turned away and then Rhea darted right down the hall after her.  There was a bit of an explosion as Anna jumped onto the sofa and swatted back.  So much for breakthroughs!

There was another fracas earlier this evening that had Rhea outside Anna’s closet.  I did hold Rhea and dangle her tail for Anna to lunge at and swat.

Despite all the kerfluffle, Anna was not too disturbed to play and have her treats with an open door like usual. 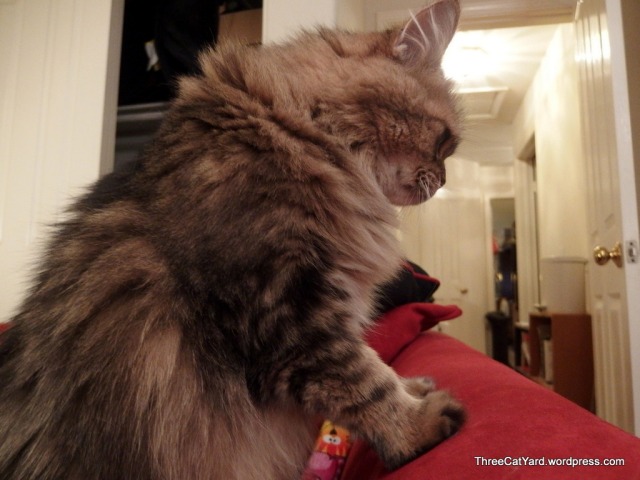 The usual invaders, one of whom got a real hiss of greeting. 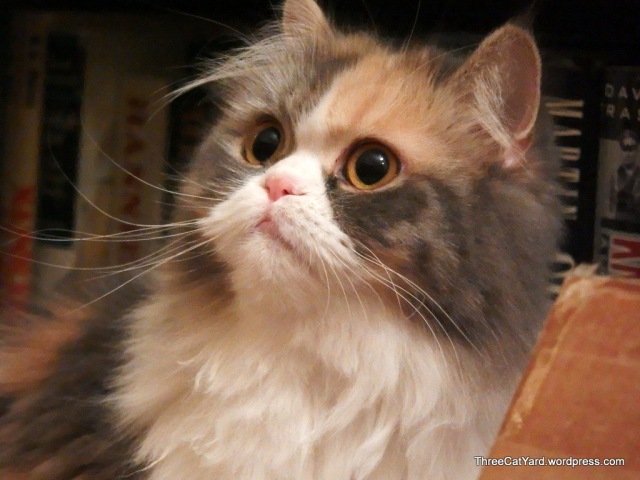 After that both sides settled down to the usual treat eating – with Anna growling at Rhea out of sight near the sofa.  Rhea stares at the sofa, with Anna sitting on it.

When Anna gets tired of that and goes to her window perch, Rhea ducks behind this box and stares her down.  Even if there is no breakthrough, there’s not a setback.