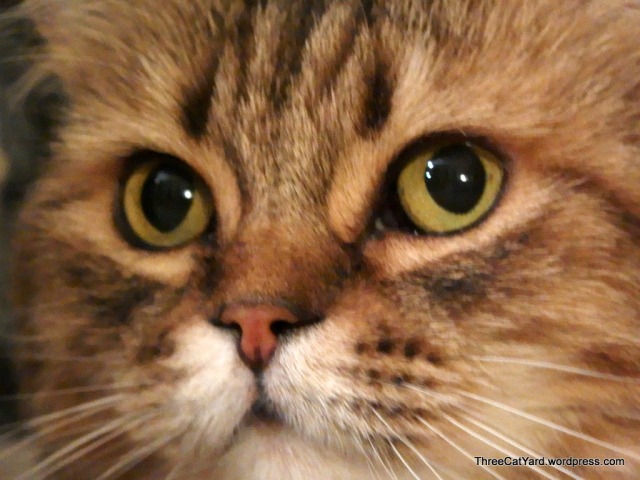 It warmed up considerably today and yesterday so rather than unnatural coolness it seemed hot to everyone.  The cats were stretched out on cool areas most of the evening, since I didn’t have the sense to hang out downstairs.

In the later evening Anna was out by the window, and didn’t seem too bothered by the influx of kittens. 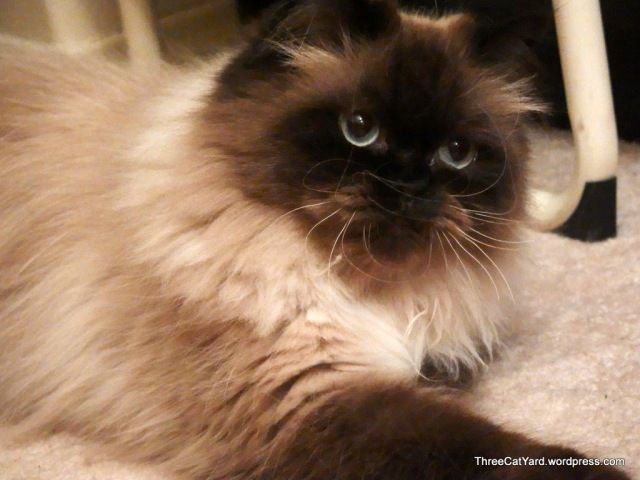 I went and got an ‘unpopular’ wand toy and played with Anna for a little and then Davout.  To be on the safe side he stayed in one spot and kept his eyes on Anna just in case.

This might be more than good manners, since earlier in the day when Rhea was sitting looking out the window I tried to engage him with Rhea’s favorite wand toy.  It went well for about 20 seconds, until Rhea came flying from the window at about 3 foot in the air, spread-eagle like a sky diver until she crashed half-on, half off the side of the bed.

She isn’t hogging the toy, really, but is a tad too enthusiastic with it.  This morning I had her going straight up about 4 foot a few times. 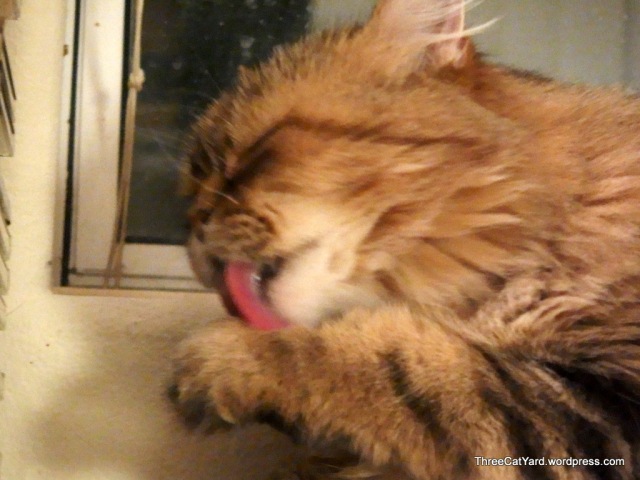 When she saw Davout was playing nice, Anna quit watching him play. 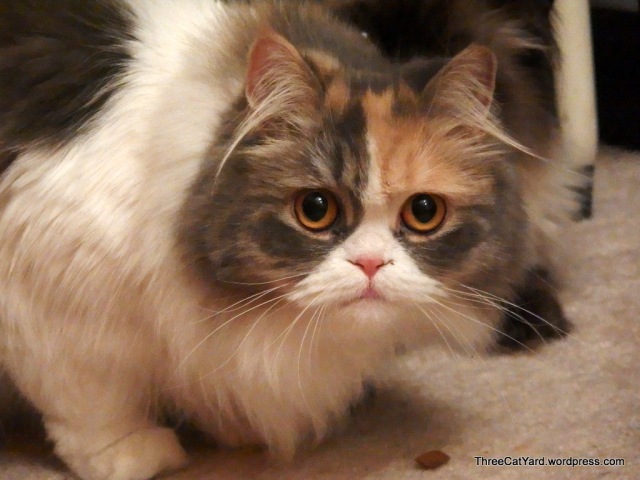 Rhea snuck in late, but then got distracted by the catnip banana.  She got a little too excited over it and bumped Davout in the butt when he was eating treats.  This made him run out of the room, which made her run out after him. 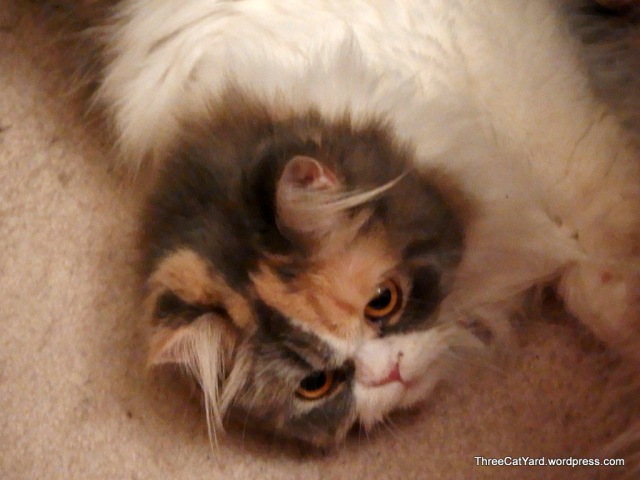 She can be a real nuisance, but her big brother still loves her.

2 Responses to Warming Up