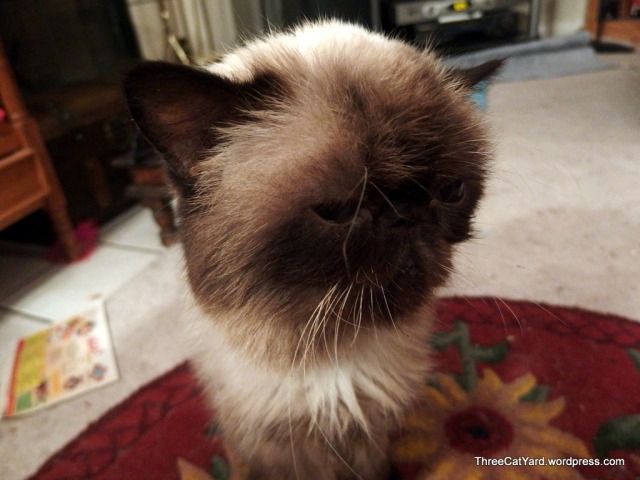 When I got home from work today it took the longest time to find Harrison.  This was one of the reasons I kept him shut up in his own room at first, just to keep him located better.

I still don’t know exactly where he was, but at some point he was silently following me about as I peeked about looking for him.

His vote, of course, is to stay out and about.  He can make it up the stairs on his own, if he doesn’t get too tired out.  His episodes of zonking out seem less striking, being replaced by more standard cat sleeps.  He still seems to sleep very soundly at times, and wakes with a start if you touch him then. 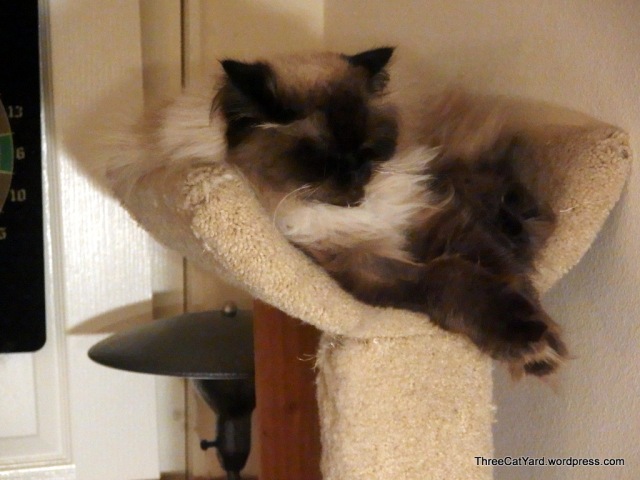 Davout is less and less wary of Harrison, and sometimes almost seems to be watching over him like he does with Rhea.

Anna still is sticking to her room.

Engineer with Cats
View all posts by Oldcat →
This entry was posted in Cats. Bookmark the permalink.