There’s been a few mild indications that Anna is relaxing from her hissy fits earlier in the month.  She’s sitting closer to the door rather than in her cubbies or up by the window.  I gave her some treats by the door and she ate a few before Davout on the other side of the door raised her ire. 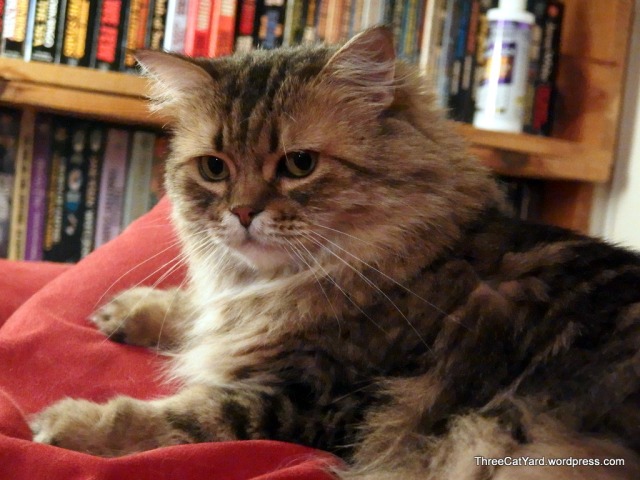 She jumped up to the sofa top rather than go off and hide, which is a step. 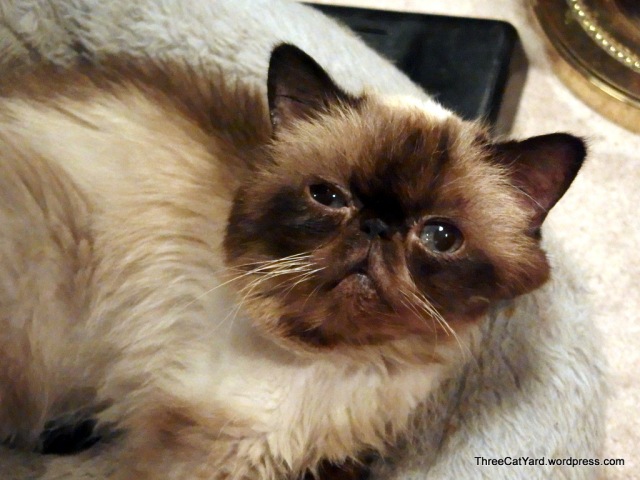 Harrison had his ear-drop medicine from me and took it fairly well.  He is eating like a champ but outside of that was a bit sleepy tonight.

Davout really wants to get a safe peek at Anna.  Whenever I go in there, he’s at the door moments later waiting.  From what he does with Harrison, he’d just sit nearby and watch her if she wouldn’t put up a fuss.

Rhea might be a tougher sell, but again, I think Anna’s overreactions are the real impediment.