I’ve been taking advantage of the open floor to do some neglected toy chasing with the kittens.   Dangling the end on top of the scratcher gets Rhea to scramble up after it.

Davout can’t resist coming up after it… 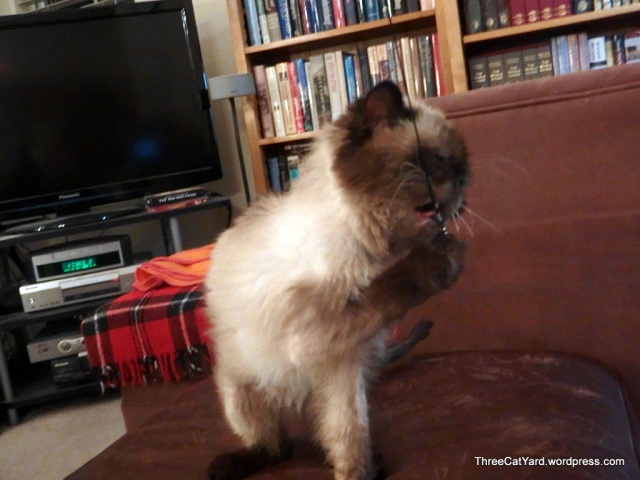 And someone else decided to join in yesterday late at night – Harrison!  He bit at the string and caught the toy then for the first time, and wanted to play today too.  His appetite was back today and he’s eating as much as Julie and Gus used to eat, combined, or more. 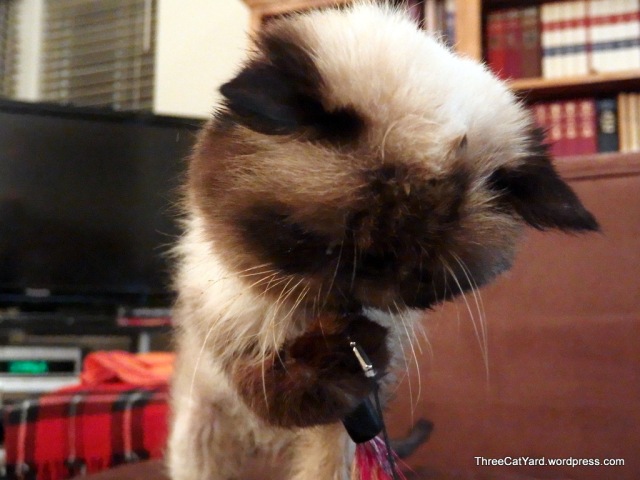 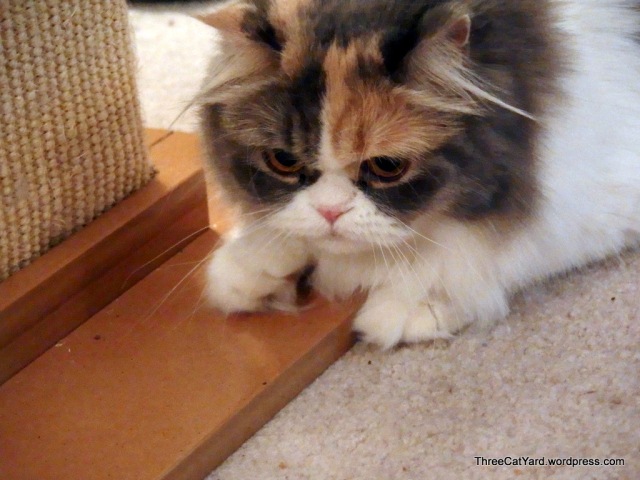 Rhea gets so serious when the lure is just sitting still…. Davout is happy to make a catch.

Its hard to say if Harrison needs more meds.  He has some for his ear mites and gunky ear canals.  He surely isn’t 100 percent over his URI, but it only seems to knock him down one day in three or so, as contrasted with the nearly comatose way he was early in the month. I expect that any changes in meds can wait until after the ear medicine is done with, unless he takes a major turn for the worse.

3 Responses to Bouncing Back