The Trouble with Fluffy Feet

Davout’s pleading resulted in me opening up and letting him out despite the cool overcast day and the lateness of the hour.  The pictures took a bit of massaging to cover for the flatness of the light.

Rhea has been good the last few times outside, not trying to jump the wall.

After a little while Davout decided to head back in, and Rhea took the opportunity to stalk him… 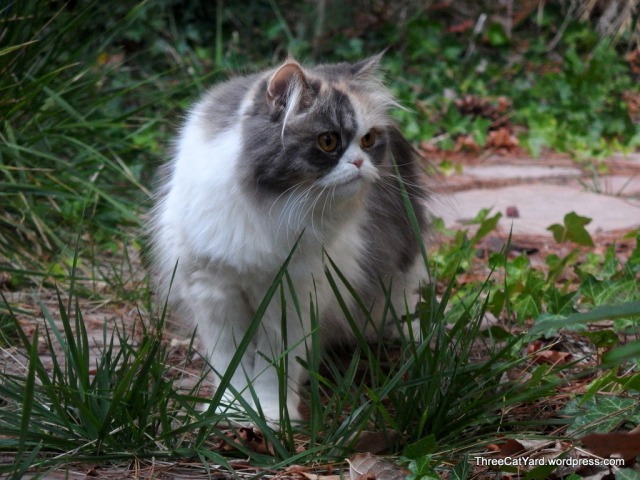 This is the kind of thing that drives Anna nuts.

A while later I tried loading a ‘cat app’ on my new tablet.  They all were interested in the moving bugs and thing, even Harrison a little.  Rhea was a bit too clever – she could see that the front panel was glass and the bugs were behind it, so she tended to dig under the borders for them rather than swat at them. 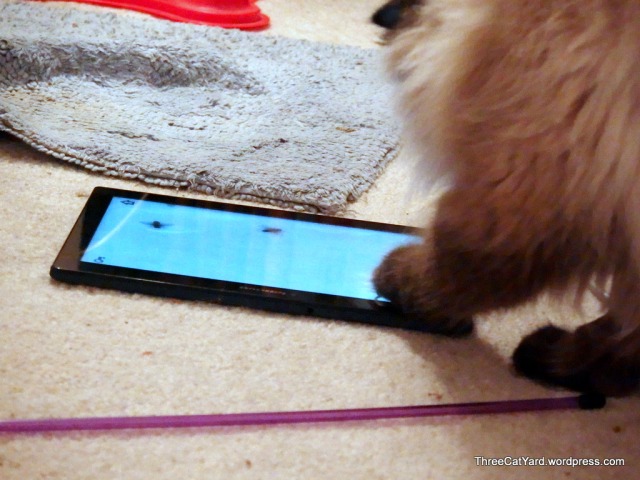 But when she did play correctly, she had the same issue Davout is having…the hair on the bottom of the feet tends to interfere with the touch screen.  He did get better with time, I could hear the squish sound more often as he got some practice digging at the screen.

But all the cats seemed to enjoy just watching the show.

1 Response to The Trouble with Fluffy Feet