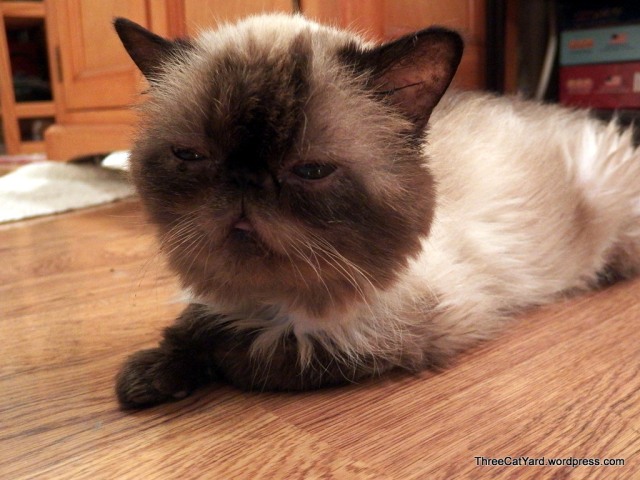 I have gotten a few comments asking for more information about Harrison and his health. He’s really doing well and it seems that some of the things I worried about were just phases in the recovery that come and go and don’t mean much.

The other thing that keeps me from talking about it is that it seems like every time I mention that he hasn’t done X in a while he has an episode where he regresses a little and does it.

Now it seems more like a pattern.  He will eat really well for a few days in a row – about double or so a full sized large cat’s allowance – then after some days of this he takes a little time off and skips a meal and sometimes gets a little sick.  Overall, he’s gaining ground fairly fast. 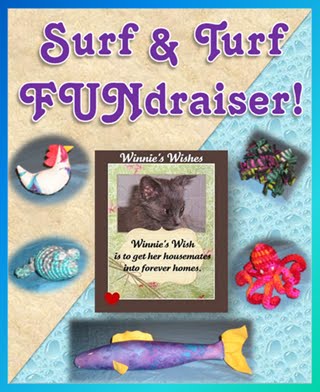 Andrea over at Celestial Kitties is having another fundraiser for the charity shelter Winnie’s Wish.  In exchange for a donation she will send you some handmade toys for your own cats.  They are of good quality, I’ve gotten many of them myself. 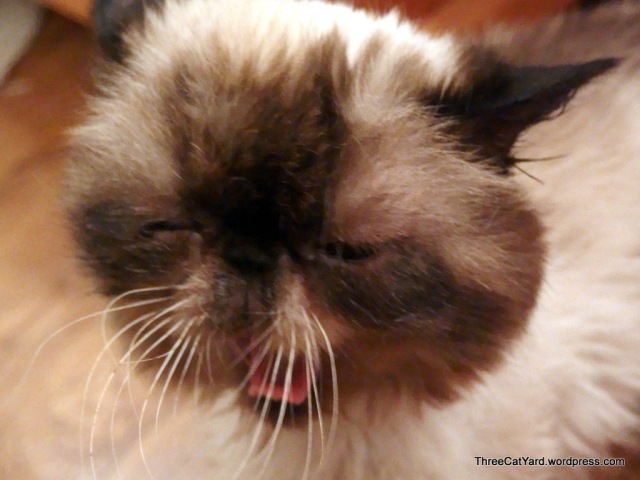 Harrison does have more energy as time goes on, but even energetic cats sleep a lot and he’s still got some recovering to do.  When he first came he was zonked out much more than sleeping, now most of the time his resting is normal cat sleep. 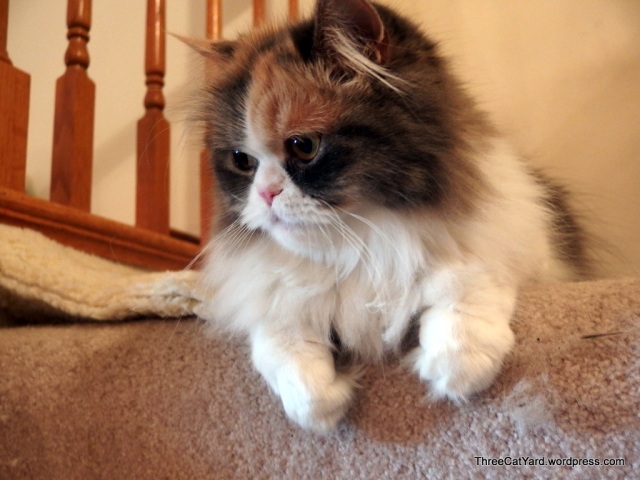 Speaking of not talking about things, I had just been saying yesterday that Rhea had been leaving Anna’s room alone and I removed my temporary blockages a few days before.  Then came the spat.   Today I opened up Anna’s room and Rhea left it alone until seconds after I thought how good Rhea was doing.  Then came another spat.

I did put my temporary blocks back up, and will have to make a more permanent job later in the week.

Harrison almost looks tubby from some angles.  His legs and arms are still pipestem thin, but at least his ribs and spine don’t poke you much when you pet him like before.  He’s getting some flesh on the body. 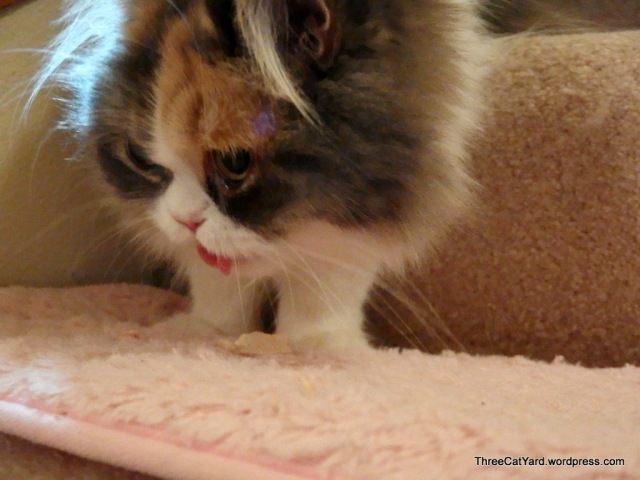 I broke out some freeze-dried chicken treats for the kittens.  So far Harrison hasn’t shown much interest in these. 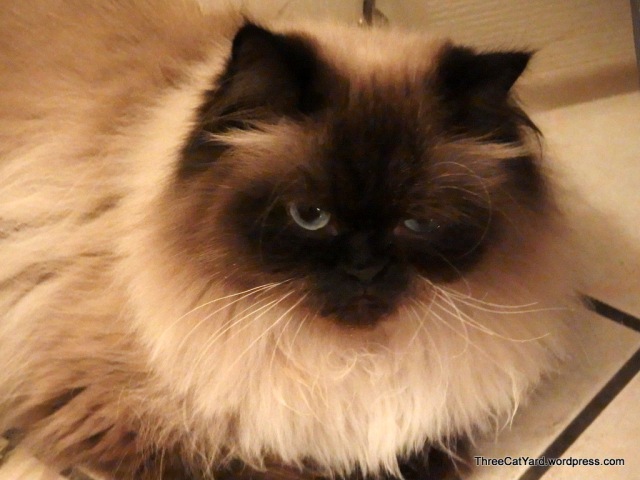 Davout got his share too.  He’s a good kitty.

8 Responses to Don’t Mention It