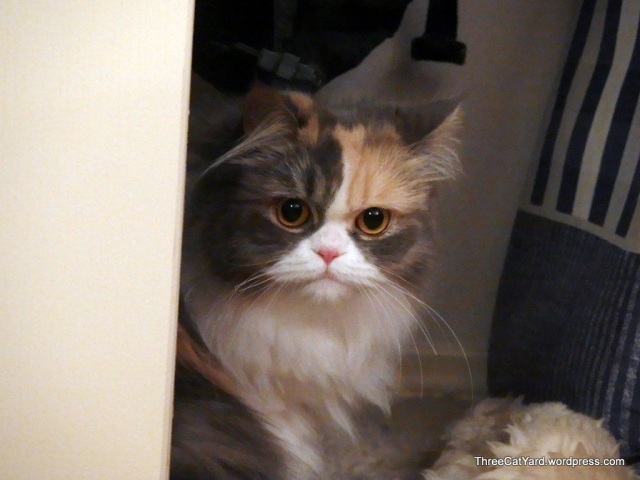 Two years ago Rhea was born in a cattery in San Diego.  At the time I’d have said there was no chance of her coming here, as Calla would not die for another month.  But life has a way of taking unexpected turns.

When I started looking for another cat, I ran into the problem that most Persian breeders do not breed the traditional, doll faced look anymore.  When searching I found a breeder of Napoleon (now called Minuet) cats, which are a mix of Doll Faced Persians and the Munchkin short-leg gene.  But half of all kittens have regular legs, and these are close to the look I wanted.

I never like to get a cat just like the one that I’m grieving for – while I like to think I’m fairly level headed, it makes it easier to avoid comparing the new kitten to the lost cat.  Rhea’s picture drew me, as she had aspects of Calla and Cassie, two cats of mine, but wasn’t too much like either.

When she and her brother arrived in December, she was just the cutest little thing.  She was a little young, but she was also the bolder and noisier of the two.  Poor Davout was very frightened by the trip from San Diego, to a second house, and then across LA all in one big day.  Also, it was the first time Rhea and Davout had met too.

Rhea did a little hiding but was soon exploring the room – now Anna’s room.  She wasn’t too sure about me.

Soon she was comfortable, and within a short time had won over the older boy cats, and her half brother Davout. 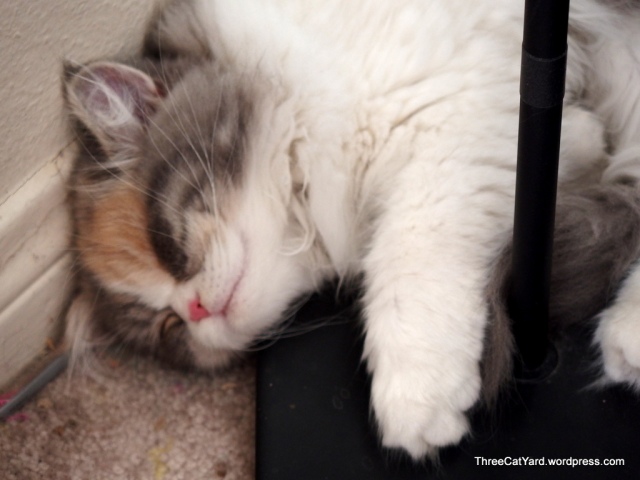 She may have been out and about with the big boys, but a little tummy protection was just a good policy.

A funny thing is that as an adult she looks very similar to the way she looked as a kitten. There was a short period, in spring 2014 where she went through a gawky phase where she outgrew her floof and looked almost like a short-hair.  She was still a pretty one, even then. 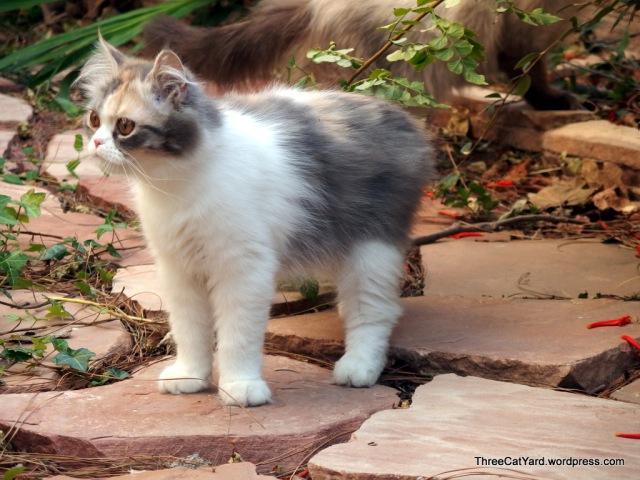 By her first birthday the fluff had caught up and she looks much like she did as a floofy kitten, just a bit longer in the body and with quite the elegant tail. 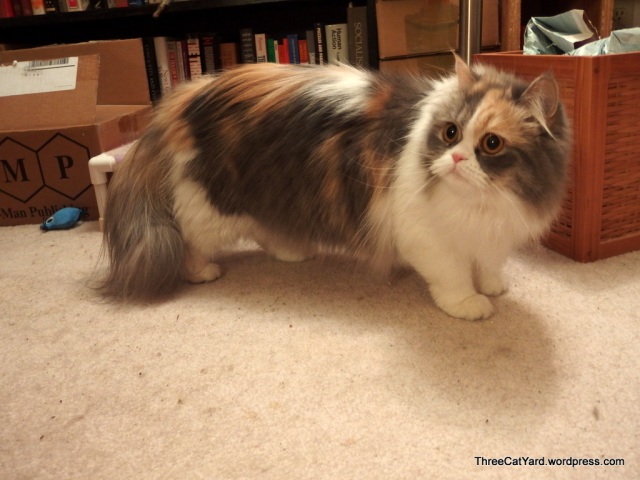 And no, her legs are not short.  She’s just in slinky mode in this picture, back in Anna’s room ready to harass the poor thing. 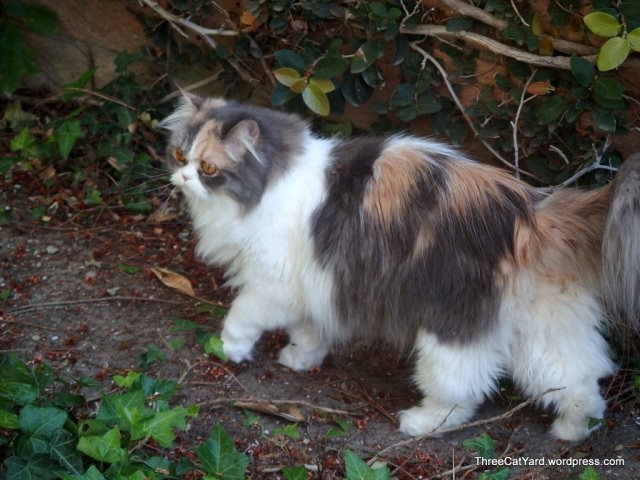 This spring she went through quite a phase of jumping out of the yard.  She has been much better the last few months.