The ‘medicine’ for the two cranky girls has arrived.  It is supposedly the concentrated stuff that warm milk has in it to make you relax.

The effects on Rhea are unclear at the moment….

I also got Anna her own wand toy to encourage her to move around more at playtime.  She did jump up to this highest shelf for the first time in a while.

I started giving her half a small can of wet food and will reduce the new dry I add when that bowl runs low.  So far at least she is eating the wet food.

Anna likes the high shelf quite a bit.

She also likes the wand toy.

Finally she reacted to some of the noises at the door. 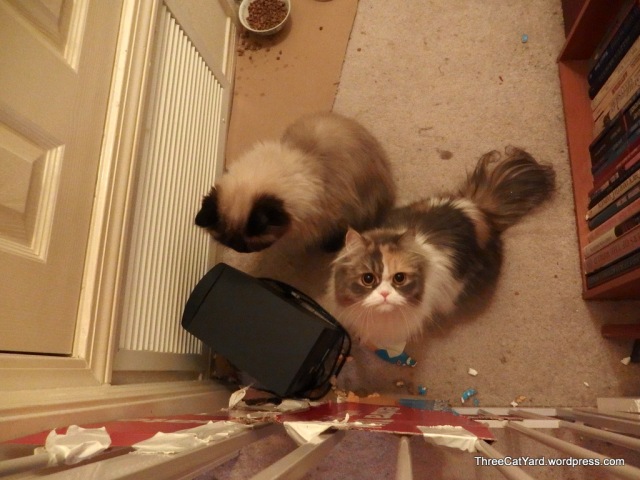 Rhea had pulled that subwoofer speaker away from the holes and torn the cardboard.  She had also managed to get a large piece stuck onto her foot.

Duct tape is no joke. It grips her claws without tearing and sticks to her fluff on the paws. I didn’t need scissors but it was a close call this time. 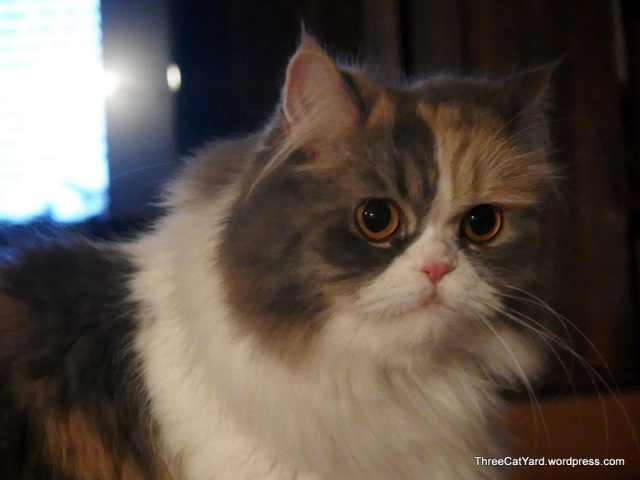 I think part of the need to go inside this time was the wand toy that was in there.  Still, she’s a cute little rascal, and I’m going to have to figure out a better barrier.

4 Responses to Diet and Exercise