Last night, at bedtime Anna came right out of her room for a stroll upstairs.  Davout and Rhea were downstairs sitting on the sofa together so she had plenty of time.  This was very encouraging.  Anna then walked to the front and to the top of the stairs, then went down a couple steps to the first landing.  There, she was eye to eye with Rhea.

It took a little time but Rhea was soon slinking up the stairs and getting in a slappy fight with Anna.  It was pretty tame, and Anna stood it for a bit, but finally started to run and got pounced on by Rhea and lost a little fur.  I stopped Rhea’s chase there.

Anna was upset, but not overly so.  I gave her some treats she likes to make up for it.

Tonight, I went in to visit Anna and again found Harrison following me in.  Anna didn’t mind that until he got too close – he wanted to drink from the fountain while she was on the other side of it.  Then Davout came in, and after that Rhea.

Davout was sitting in a narrow space between the sofa and shelves where he could watch Anna, and Rhea was trying to squeeze by him.  When she couldn’t, she started poking at his butt.  This led to him turning and hissing at Rhea (a first), and swatting at her too. Anna hissed at that too, and eventually I got everyone out of there. 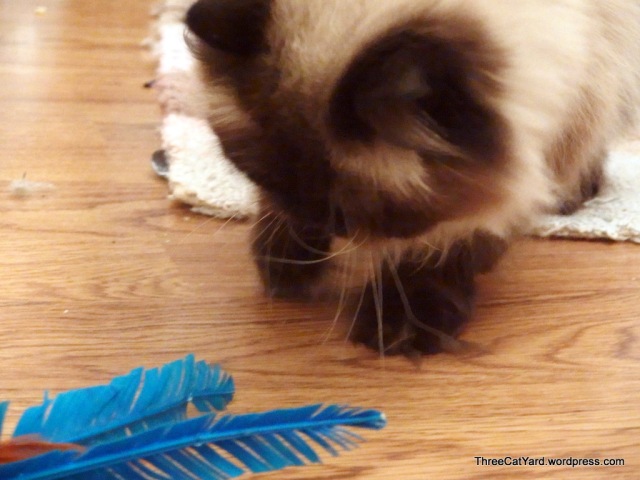 At least Anna didn’t seem any more annoyed at Rhea than usual for yesterday’s scrap. 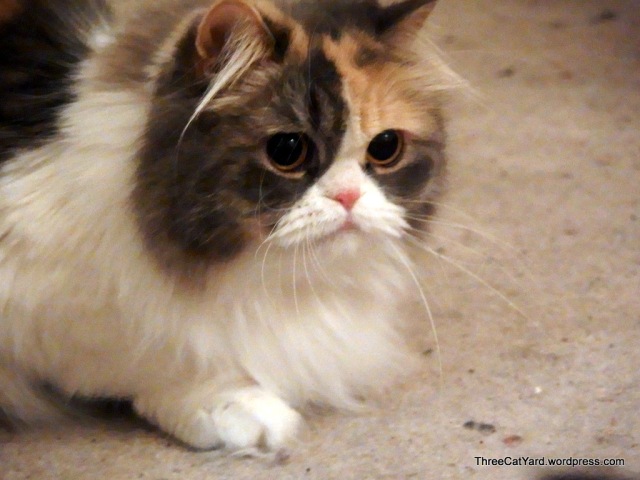 At playtime today Rhea seemed fine with doing most of the watching while Davout played.

I accidentally got Davout to jump about four feet straight up when playing and he landed pretty hard on his side.  He got right back up to play, though.