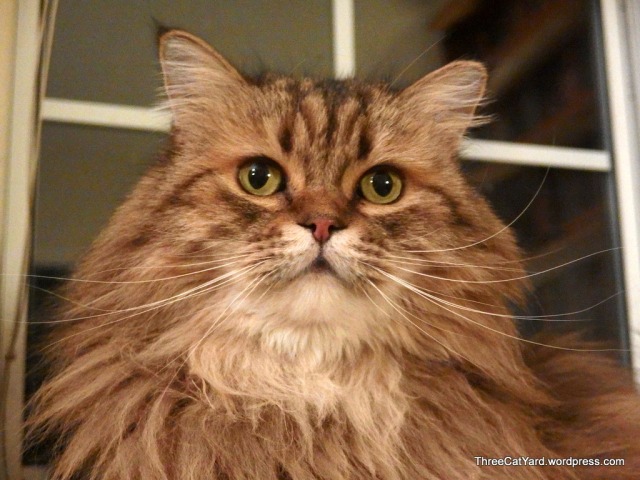 Since Anna didn’t get any face time yesterday, I went into her room today with the camera…and with Davout. 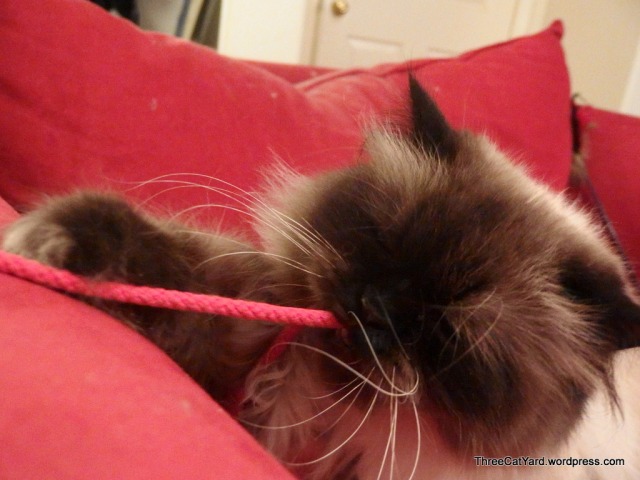 She got up on her window seat and Davout was on the sofa just out of sight…except when he popped up to play with Anna’s toy thread.  Anna was too nervous at first to play at all, but she did watch Davout play. 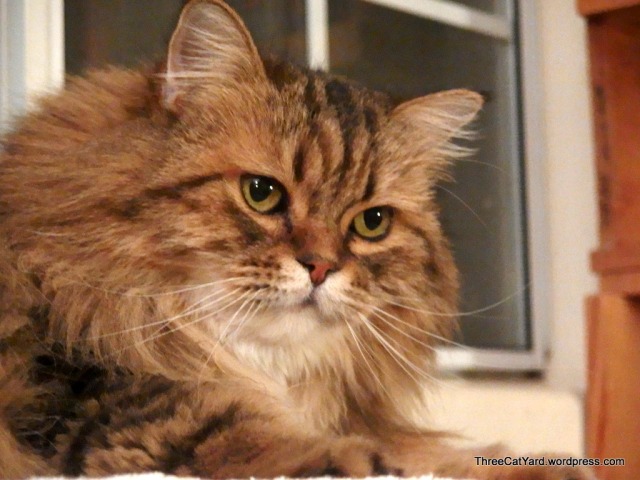 She didn’t growl or hiss, even when he came into sight and/or came close.

He dragged it closer, and toyed with it

…Fished up the end and bit it…

Eventually Anna looked wistful enough that I gave her a chance with the cord and she played with it and hardly paid attention to Davout at all. 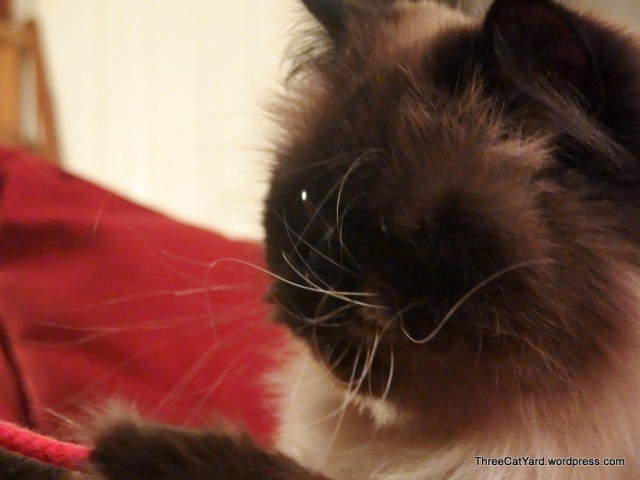 So while she was playing, Davout would watch her until it was his turn again. 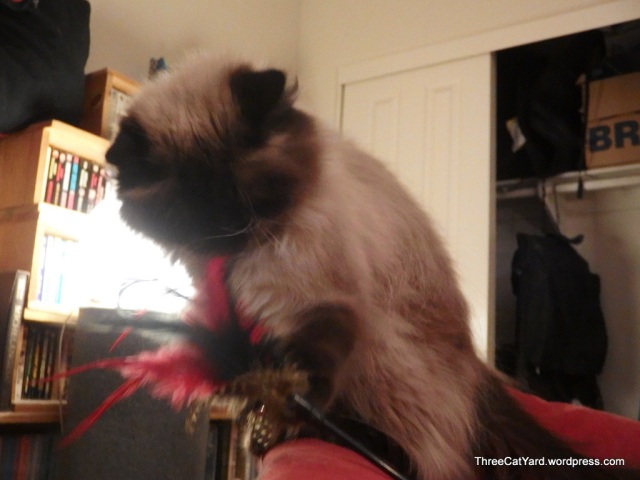 Eventually he jumped up onto the arm of the chair…right in Anna’s sight, about 3 feet away and on the same level…and still she didn’t growl or hiss.  I gave him his own toy while I played with her.

After a bit he got tired and jumped down and explored the room while Anna watched. Everyone had a good time, and Davout got some bonus treats too.