This morning I got things started early as I wanted to run some errands.  But Anna got her time outside in my room.  Davout was allowed in too which she wasn’t too keen on but she only slowly retired to the closet.  Later Davout followed her there and got a hiss that sent him packing.

A bit later I went to check on her and she was missing.  A look around didn’t find her…then I heard a bit of noise.  She had walked onto the lower curtain rod in the closet and sat on one of the supports to be completely hidden behind clothes. 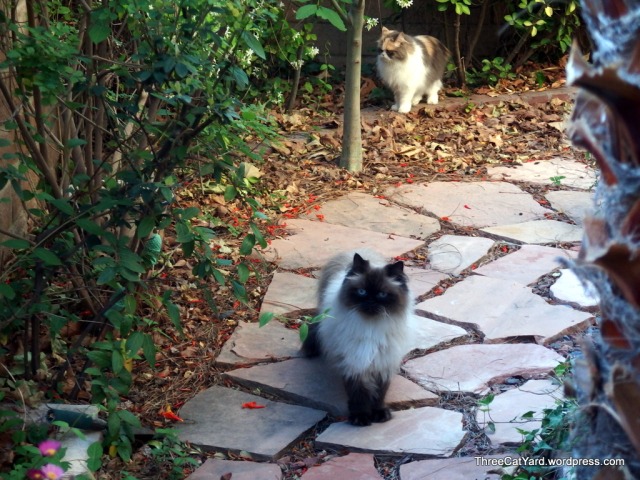 I did some garden trimming an kept the door open.  The kittens enjoyed going in and out since it was sunny, but not overly hot.  Rhea did not abuse the privilege. 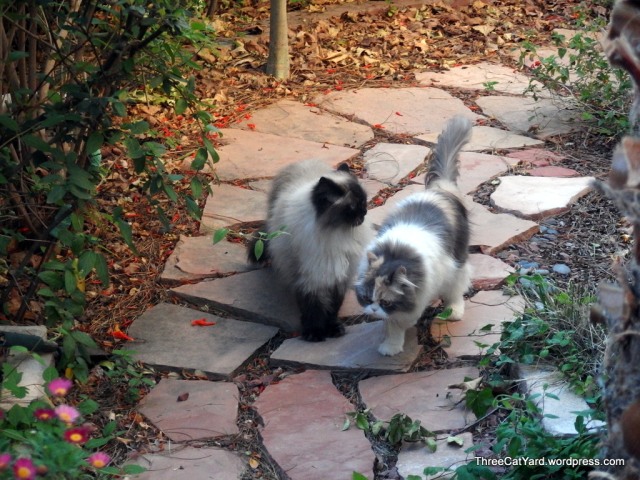 Here she is rushing by to get inside again.  She made a habit for a while of rushing in, then rushing out.

Davout just heard the “whoosh” as she ran by! 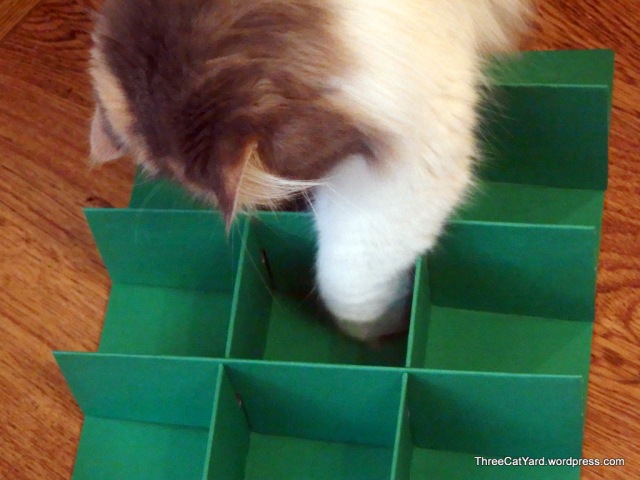 One of my errands was to an Ikea store.  I didn’t realize that a box the size of papers had an insert for Christmas ornaments or something.  I reused it as a place to dump snacks to make the kittens work a little.

Rhea was clever at it…she got all the sides out first, then went for the rest with a paw… 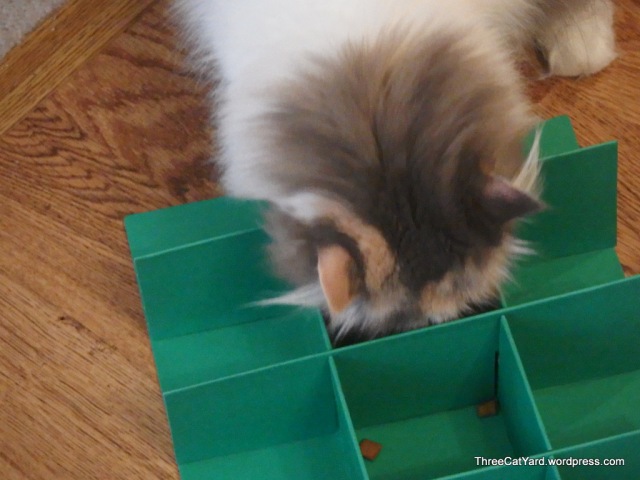 Then she realized her head is small enough to just go for it!