The kittens had a nice time outside in the back yard until dark.

A while later I brought Anna down to her safe house downstairs.  She calms down if the top is covered up to make a cave.  Rhea sat close a time or two, and got close enough for Anna to hiss, but was willing to back off and leave Anna be.

I managed to bring Davout close to Anna’s cave.  He got hissed at and flopped down to make her happy.  He lay like this for a few minutes about a foot and a half from her front gate.

Rhea did sneak some peeks from a distance at Anna.

After a good long visit, I took Anna back to her room and the kittens did some investigating of the cave. 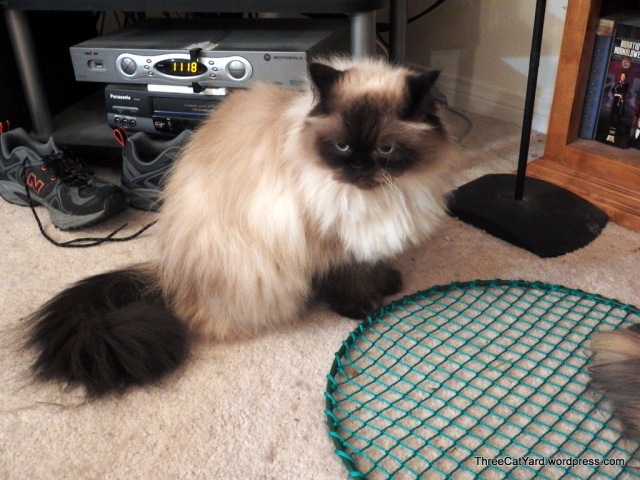 Davout was a lot less nervous of the cave this time than before.

Hard to say if any long term progress is made, but I do feel better if Anna is down with us rather than always shut up in her room.