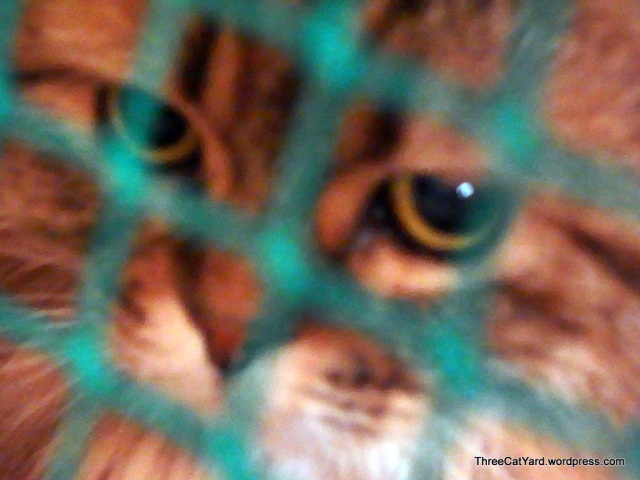 I brought Anna down for a little visit today.  I brought Davout down for some up close looks and she sadly hissed at him.  He hissed back in his unthreatening way.

The ruckus brought Rhea down for a check.  When Davout was clear she took a chance and went to the enclosure.  There was a bit of noise, but wonders of wonders Rhea backed off and hid behind the television.   I had to use some treats to entice her out and away. 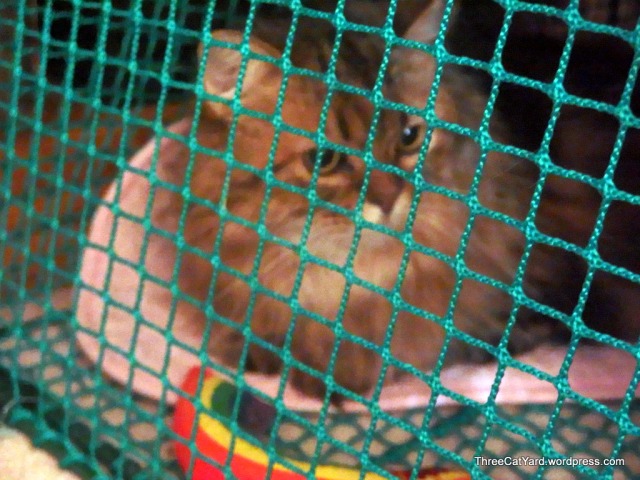 Rhea tried to peek in again a few times but I could dissuade her by calling her name, which made her back off.  I can’t tell if Anna had a good time, but she did stand up for herself enough when in the enclosure to get Rhea to back off some.

Even the Marshal was unshaen enough to stay in the middle of the room.  He doesn’t like it if he gets too close, but he isn’t driven totally away by the altercation.