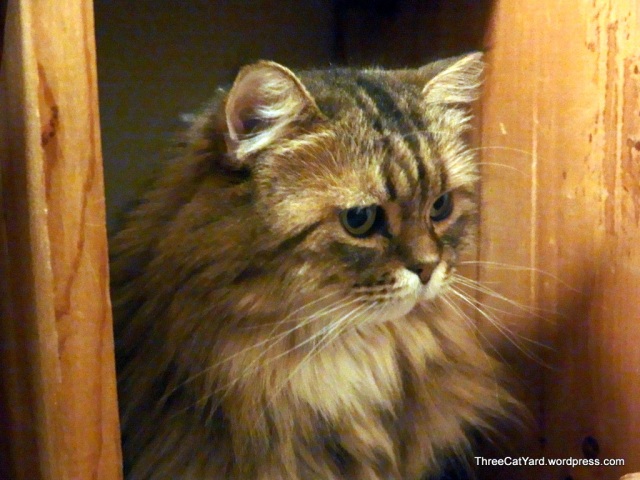 For the first time in a while, I went and sat with Anna rather than bring her out.  There was a bit of a disaster downstairs earlier as a fountain decided to overfill itself and a lot of water got onto the floor.

Anna likes her room fine, and even is cute and frisky.  It gets cold in there when the A/C is on so I like to open it up for a little bit to mix things up.  Of course, you need to keep an eye out for Rhea if you do that. 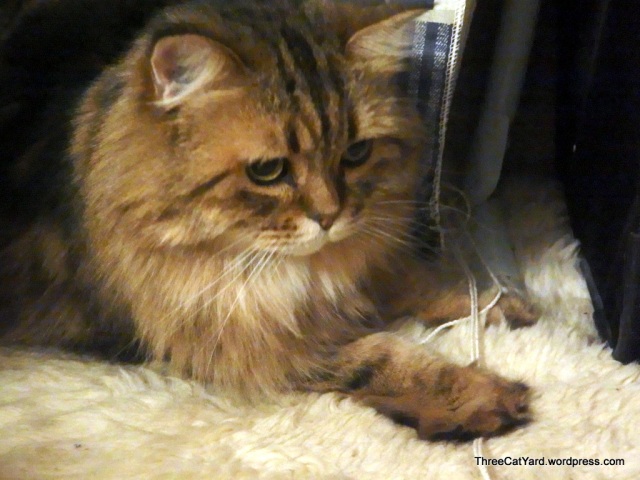 Anna was pouncing around chasing strings and things like a kitten. 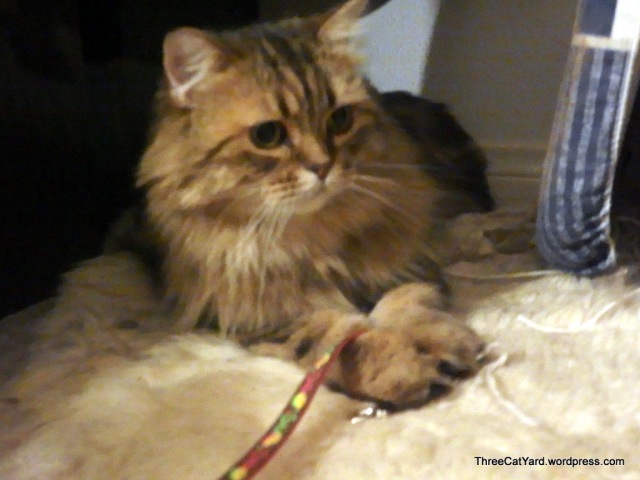 Then she started hearing something…. 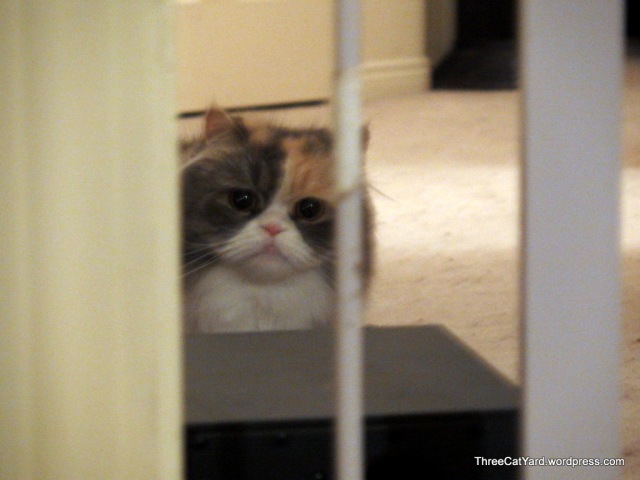 Rhea came poking around.  She’s actually pretty good, but Anna is so easily triggered that even out of sight and out of the room catches Anna’s attention.

In between pauses to listen for kittens, Anna did play some more.  Rhea then creeped up closer into the room…

Davout came up behind her.

This triggered Anna and she jumped up onto her shelf for protection.  She likes to chin rub the window edge while I pet her.

You can see her wound from the abscess.  It is healed, but the scar and the interruption in the shaved fur around it makes a bull’s eye..

Rhea tries to peek over a sofa.  It was still too tall. 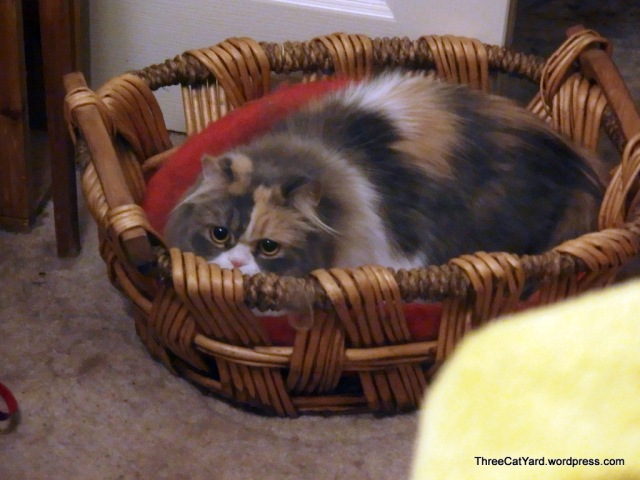 When I was petting Anna in the window, Rhea came a bit too far.  Anna hissed at her, not so much from being in the basket she likes but just for being too close.

Rhea herself, aside from having some hunting instincts kick in, isn’t upset by Anna’s presence, or her smell or things per se.  When Anna comes downstairs and leaves, Rhea almost prefers to sit in her spot and is very relaxed once she is sure Anna is gone.  It is a bit more serious to her than her playtime chases with Davout, but Rhea doesn’t act in a territorial way.  But she isn’t leaving Anna alone either.