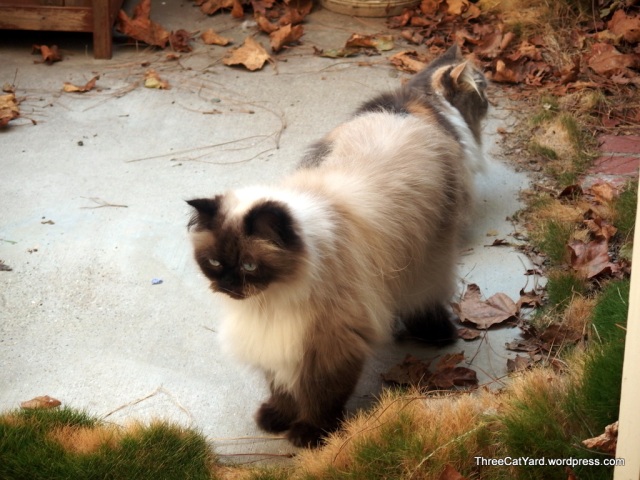 Davout looks forward to little more than his visits outside.  He’s getting over his nerves about the airconditioning unit when it isn’t running.  For a while he was hanging close to the patio even when it was off and unlikely to turn on.  Now, he pokes around the yard to the limit.  What makes it hard is that they seem to think I am calling them in whenever I come out to see what they are doing, so I haven’t yet gotten the interactive pictures from the far yard. 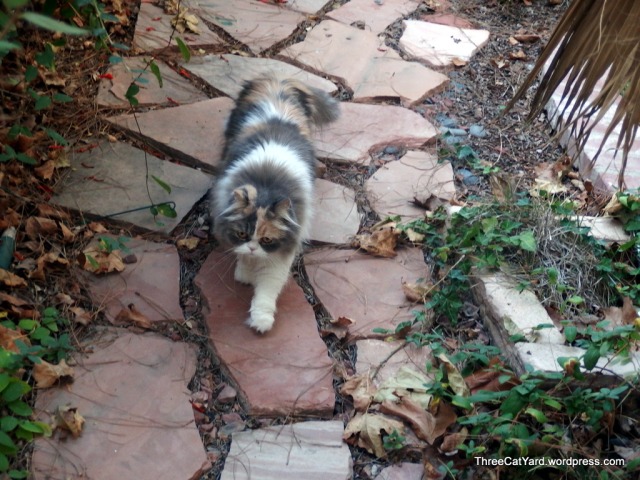 Rhea was sitting in a cute position, but by the time I got the camera she figured it was time to come inside like a good girl. 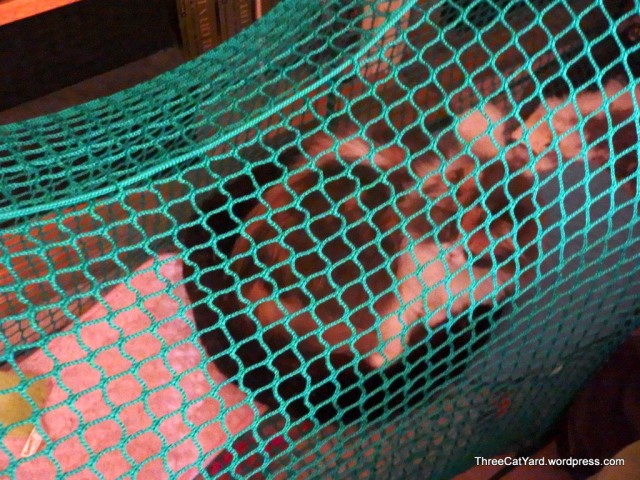 Anna and Rhea had a scrap when I brought Anna into my room while I showered in the morning.  She enjoyed most of the time, poking around and even rolling on the tile.  She got nerves again when Rhea was at the door.  With Anna up on a safe-ish spot, I opened up the door and Anna started with her usual hissing while Rhea watched at the door.  I even got Rhea to break eye contact, but as Anna kept up her noise, finally Rhea had enough and charged her.  A fairly minor dust-up.

In the evening, Rhea was sleeping in Anna’s enclosure so I decided to try and shut her up in there  and bring Anna down.
title 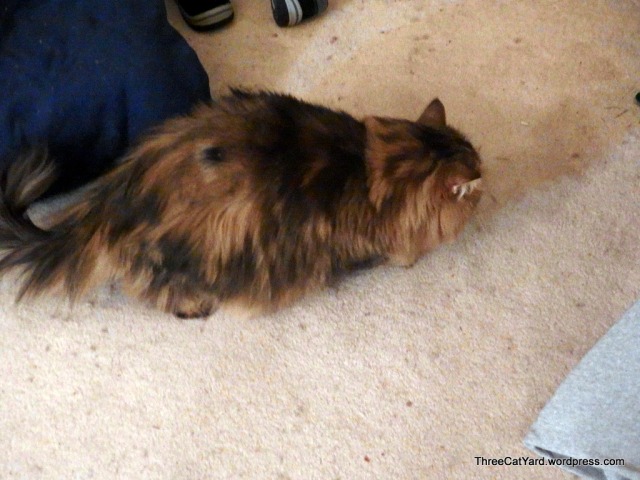 Anna gave her the hisses at once, and quickly broke for the upstairs.  As a mixing experiment, it did not help. 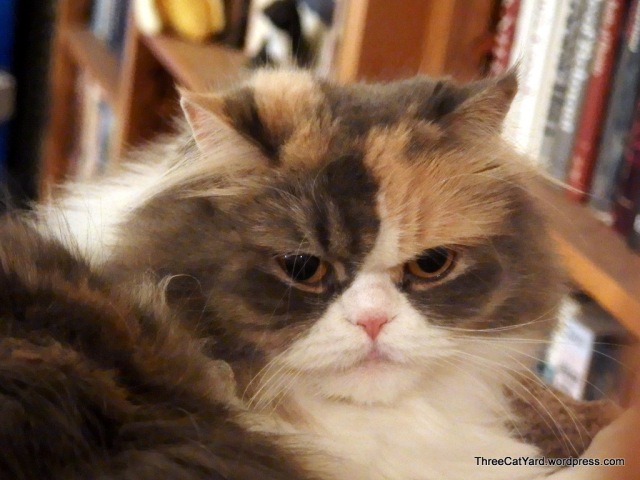 Rhea hardly noticed it all,  although she did excuse herself and check that Anna was back in her room with the door closed.