First Breakfast.  “Cinny” in the front is bigger and older, but not by as much as the picture seems to show.  His name will be General William Tecumseh Sherman – known as Uncle Billy to his troops in the Civil War.  The smaller one in back is General U. S. Grant – also known as “Sam”.

Both had a few strange name changes.  Sherman was born without the William.  When he was a boy, his father died and he was taken in/adopted by a well-to-do family in the town to raise to take pressure off his mother and the other children.  His adoptive mother when she found he had not been baptized, insisted that he put a Christian name in front as part of the process.  His having that name in the first place is something of a puzzle – Tecumseh had been fighting against the US in that same region not so long before.

Grant too had some name changes.  Born Hiram Ulysses, when he went to West Point he found that his paperwork had been filled out with the name Ulysses Simpson (his mother’s maiden name) Grant.  Knowing how hard changing the paperwork might be, and not liking his initials H.U.G. as a potential nickname, he just changed his name to match.  So his classmates hung the nickname “Uncle Sam” on him instead.

Oh, and I did cut up that bit of food for Grant after this.

Grant was a bit better at being out in the open today, although he seemed to find a new sleeping spot every time I came into the room.  Their room has lots of places to get into and under, which uncertain little fellows appreciate.  I like being able to get at them if I have to. 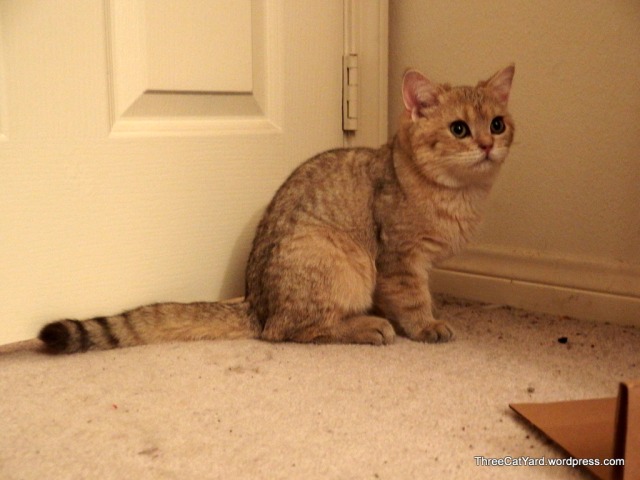 When I move around, Grant heads to a safe area to watch.  In the morning after breakfast he did lay down close enough for me to pet him and even do some playing.  He’s almost as bold as Sherman at wanting out of the room. 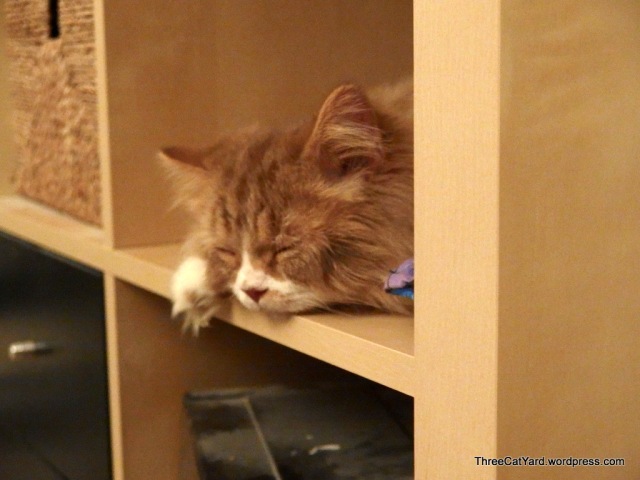 Sherman sneezes more than I like, and while there is dust enough in there I figure he has a bit of a cold.  They will go in for a vet check soon, hopefully tomorrow.  He sleeps a lot, but then so does Grant.  They are kittens, and the room is a nice and warm one.  I nodded off myself.

Rhea has been an on-and-off presence by the door, or down the hall in my room.  I started a bit of peeking at the door with Sherman which started with a hiss from Rhea, and Sherman more or less ignored it.  She made a few less agressive mews and after that was more interested in watching them.

I opened the door when the boys were tussling in the closet – Rhea wanted to see. 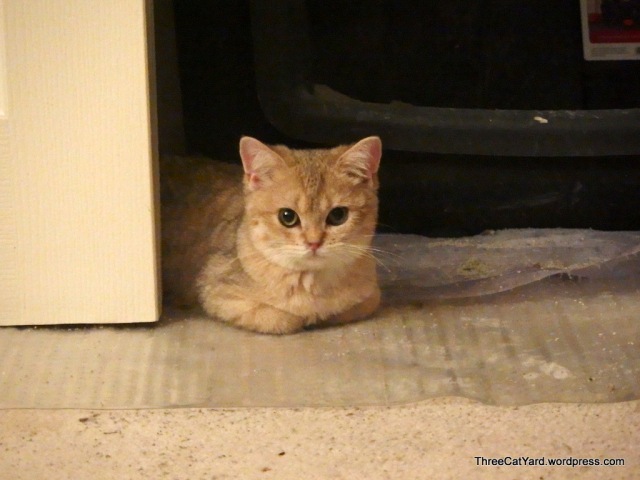 Grant kept back in the closet, watching her too. 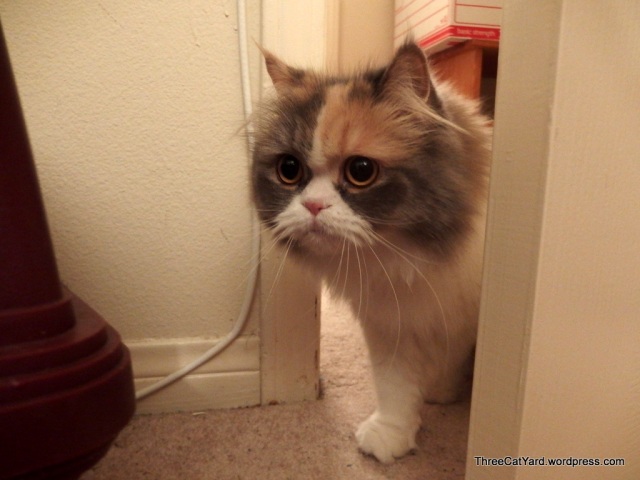 She was a little curious, then settled down and sat on the doorway line and watched. 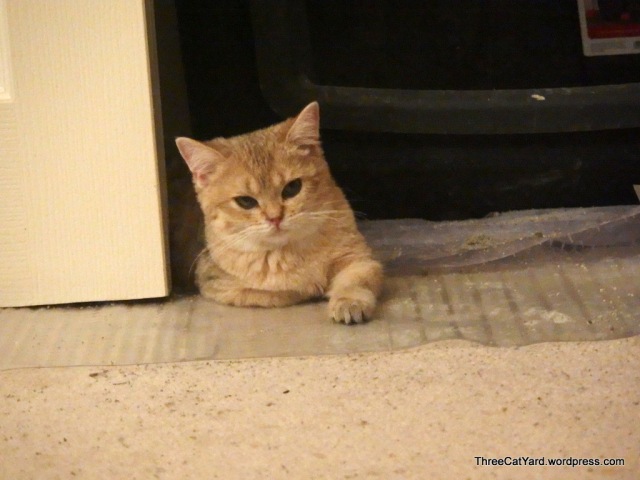 He started to nod off himself.

In gauging how things are going, the two seem to be reacting much like Harrison did when he wasn’t totally sick.  They are very good at not reacting back, and Rhea and Davout soon accepted Harrison when he usually just let them get it out of their system.  I need to do some kitten-proofing before they can go explore more.  There’s a history of boy kittens taking a tumble that I’d like to see end.