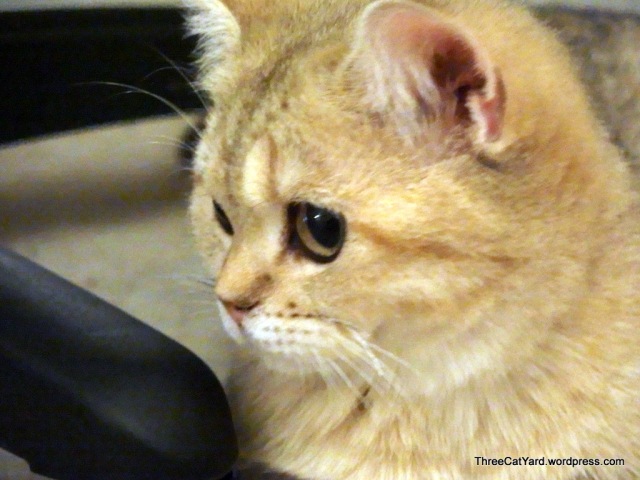 There was a little session playing with a wand toy that went a little flat, so I decided to try something I’d not done for years…a cat app on the tablet.

The app was something of a hit, as Davout smacked at some bugs and kept them from coming out the sides too.  Others had fun watching.  A bit of a letdown for Rhea and Daout is that their huge toe fur means a direct hit rarely registers in the app.

I wondered if Sherman and Grant would do better, but Sherman just watched and Grant ignored the whole thing. 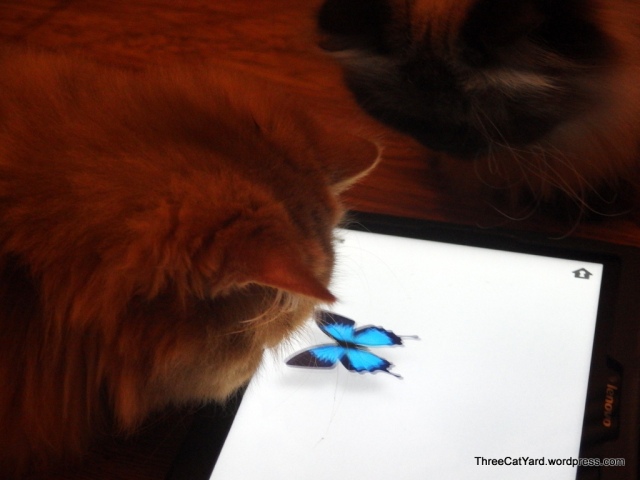 Sherman kept a close eye on the butterflies…

I put some bird videos on Youtube on later, but the cats were confused by the sound coming out the back and spent most of the time behind the unit trying to figure that out. 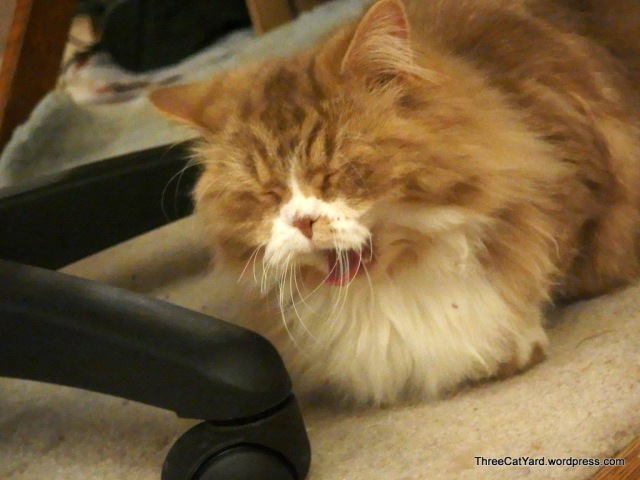 It was tiring for everyone.