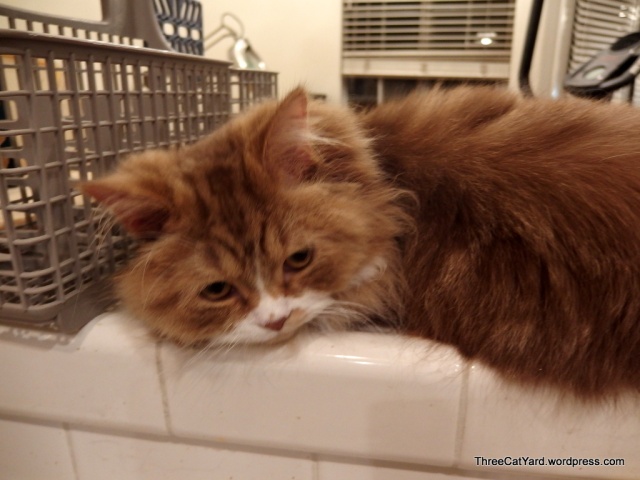 Last night I noticed some scabby gunk in one of Sherman’s ears.  I cleaned it out and there was more this morning and it looked like some stuff was going on in there.

So we had an unscheduled trip to the vet and he had a nice cleanup and inspection.  Seems like a mild ear infection and he has some ear drops to take for the next week or so.

He looks a bit forlorn here but he ate his dinner heartily and while the eardrops might have depressed him a little, he usually naps a little after dinner.  His watching me do some dishes is new. 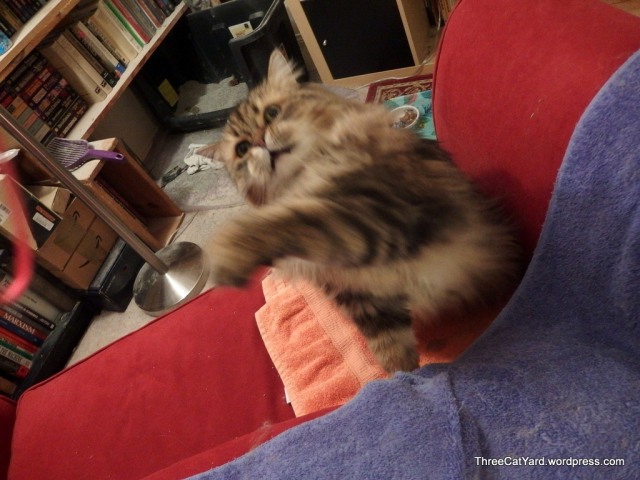 Cat Lady in the Canyon asked in a comment about Anna.  She’s doing all right, preferring her room.  She hisses at the boys if they come too close to the door when it is open, and gets riled up if Rhea is near.  Before the convention shows up at the door you can get her to play a little. 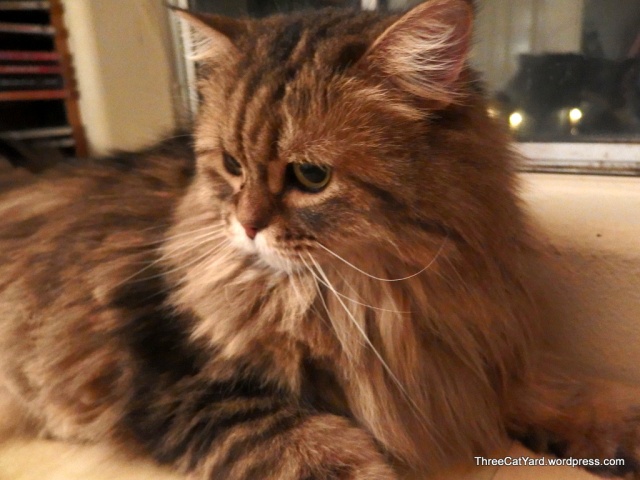 I decide to try and give her a bit of a trim since she’s getting a bit shaggy.  She stands and sits mostly facing this direction so the cut is a bit uneven. 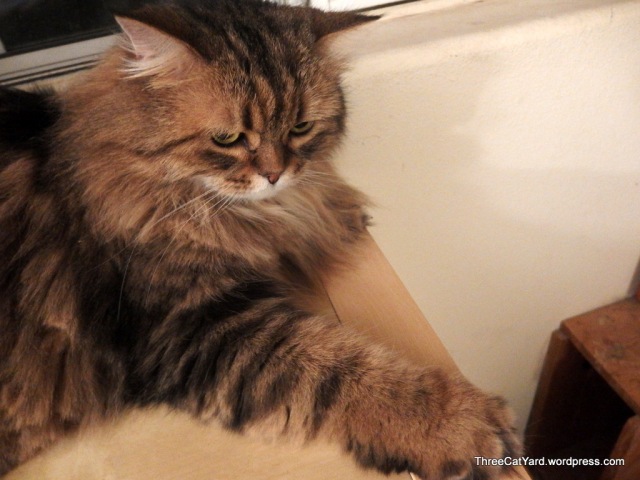 I did get quite a bit done, but finally she had had enough and there’s no dealing with her then.  She has the stocky Persian build which makes her extra hard to handle when unwilling.

Right now Rhea is walking on the counters by the sink.  She’s learning bad habits from the Generals. 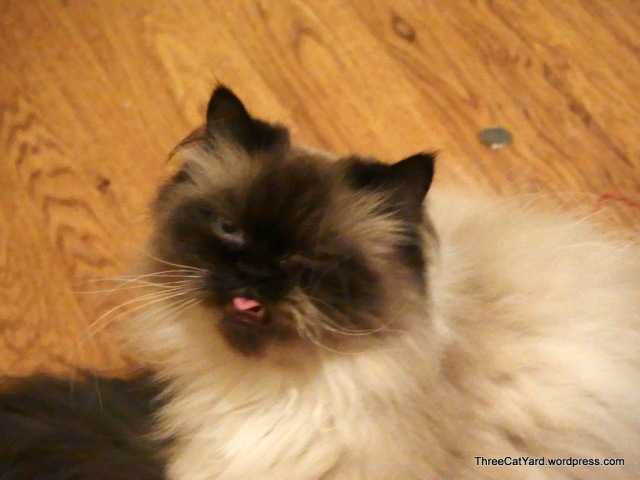 Even Marshal D is feeling unruly and rude.