It was very nice outside the last few days but especially today.  One good sign recently is that Rhea has reduced her attempts to get outside the yard.  Of course every time I write something like that she makes a new break for it.

Someone….maybe Grant since I caught him sniffing at the area later…brought in a detached lizard tail and left it on the floor.  It’s been a while since I had a hunter. 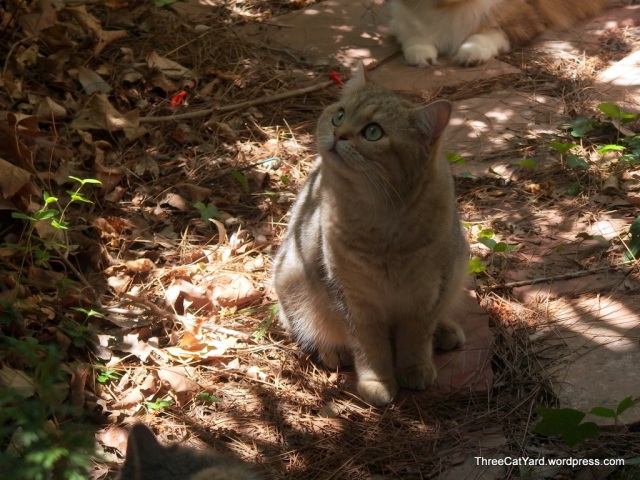 They all retired to the shady area since it was midafternoon and there were scary people in the pool area. 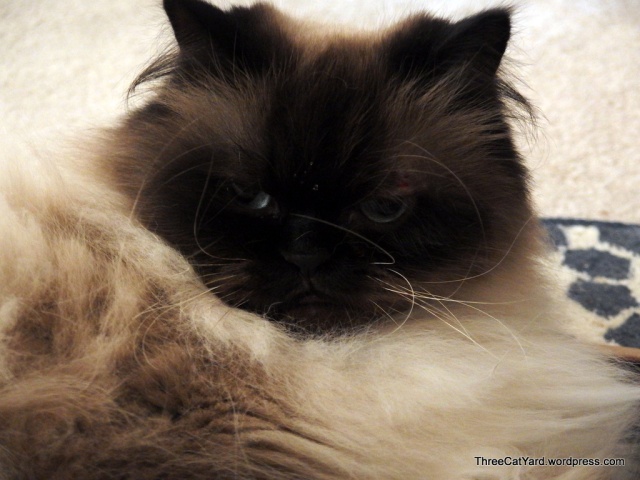 There were some requests for Davout before.  He’s here and still fretting about what the others are up to.  He’s in charge but only rarely pushy.

Sleepy Sherman, toe tufts and all. 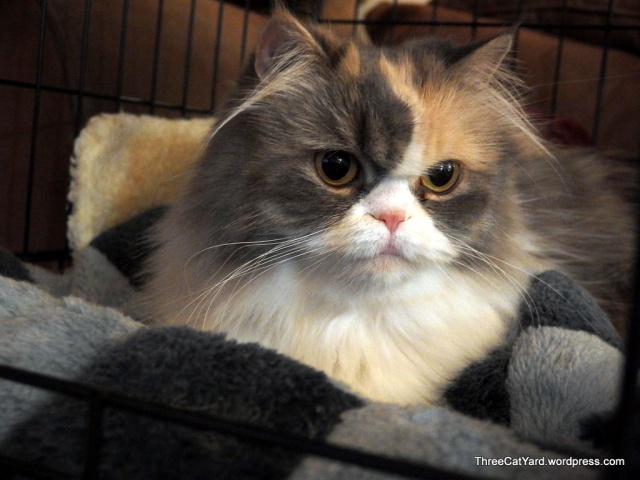 Rhea decided to charge into Anna’s room last night and roughed Anna up twice, pinning her into a corner and pummeling her.  I was getting lax because she hasn’t made a point of coming up quickly when I go in, but this time she was in the neighborhood and took advantage.

5 Responses to Four Together